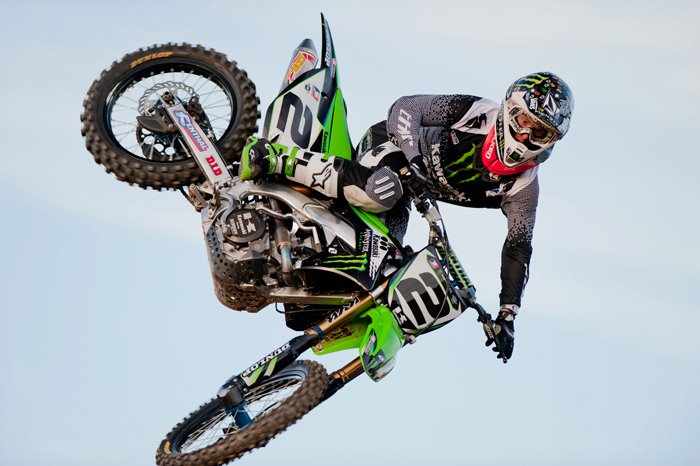 It was a case of Business as usual for Monster Energy Kawasaki`s Ryan Villopoto ,as he took a convincing victory in last nights opening round of the 2012 Monster Energy AMA Supercross Series.The final could`nt have gone much better for Villopoto who took the Holeshot and checked out,going on to win by just over 10 seconds,but behind him things were a little more interesting..Honda`s Chad Reed took a good second overall after coming under pressure from both Ryan Dungey,and James Stewart.The KTM  of Dungey took Third at the flag although he had to work for it ,after crashing mid-race and having to chase down and pass Stewart.As for “Bubba” a crash late in the race whilst in Fourth,dropped him down to Sixth at the flag.

In the Lites division it was Honda`s Cole Seely who came out on top to take the win,ahead of Tyla Rattray and Eli Tomac.Tomac had passed Dean Wilson on the last lap and as a result Wilson crashed leaving him to rejoin to take sixth. Former Maxxis mx2 champion Zach Osbourne making a few Supercross appearances before heading back to Europe finished a credible ninth.