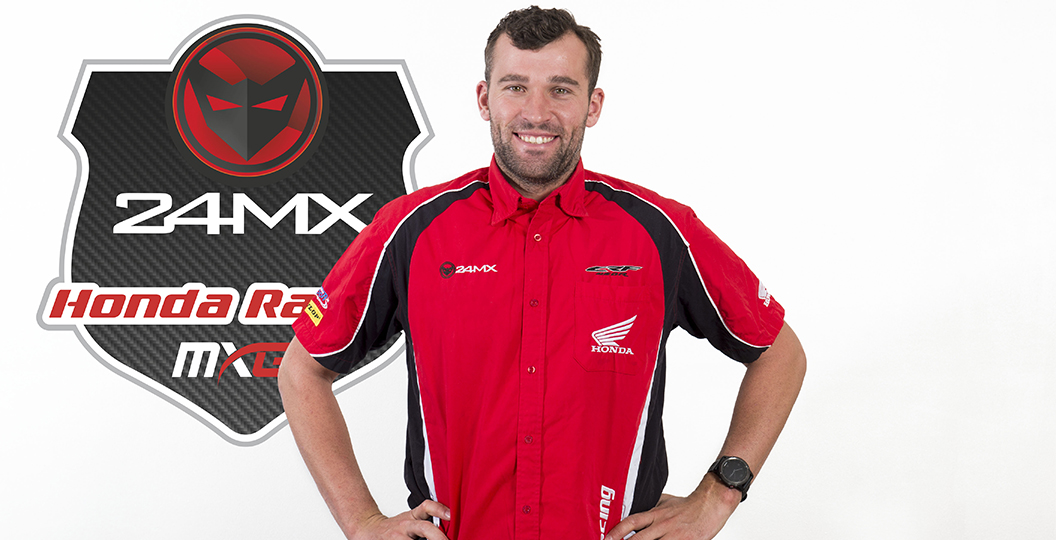 For De Dycker,  31, it will be a highly anticipated return to the Honda CRF. The long-time Honda rider is about to compete his sixth GP season in red. With more than 175 GPs, an MX of Nations title and 15 moto wins in the top category behind his name Ken is one of the most experienced top riders currently competing in the FIM MXGP World Championship. Since 2006 the popular, lanky Belgian collected six top-five overall finishes in the series. On a national level he has British, German and Belgian MX1 titles under his belt.

De Dycker experienced a rocky 2015 season fracturing his right shoulder in the German GP and missing the rest of the MXGP season. However he proved to be fully recovered by the end of the summer leading Team Belgium to third, in what was his fifth MX of Nations podium visit. Keeno also claimed the runner-up title in the Belgian championship.

Ken De Dycker: “I am really happy with my new start at 24MX Honda Racing. I’m very motivated to prove myself and bounce back after two disappointing  years. As I started to test the 24MX Honda CRF450R I couldn’t help but getting all excited and riding with a big grin on my face! The bike is very easy to ride yet it’s pretty powerful. I have some unfinished business in MXGP so I’m thrilled about this new challenge. A big thanks to all my fans who have stayed with me throughout these difficult times!”

Marc Boone, team principal 24MX Honda Racing: “In my opinion De Dycker is one of the most underestimated riders. Time and time again he has shown that on his day he can pull something special out of the bag. As a new team it was not only his speed that attracted us in Ken. His ability to help us further develop the bike and to guide the team are equally important. I also think his relaxed, friendly attitude and his calm determination are a great fit with the team.”

Davy Dousselaere, Honda Motor Europe off-road manager: “It’s great to be able to welcome a rider with this kind of track record and experience to the Honda family. We could see that Ken still has the hunger and drive to achieve great results. Watching him on the bike you’ll see him do things that not a lot of people can do. As a fan of the sport that’s just awesome! I’m confident that with the 24MX Honda Racing team behind him and a competitive bike he’ll have what he needs to show his full potential.”