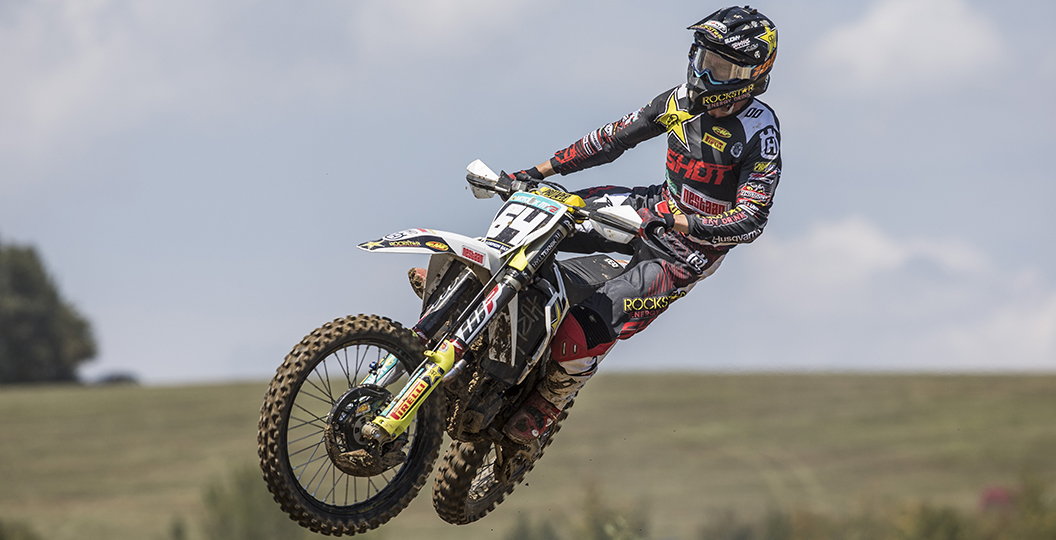 Day One: MXGP of Bulgaria

Qualifying has finished at the Grand Prix of Bulgaria, the seventeenth round of the FIM Motocross World Championship. It has been a busy day, thanks in part to the various support classes, but there is one thing that stands out from the ten sessions that were run: Jeffrey Herlings can still amaze pundits.

The beginning of the qualifying heat was uneventful. Jeffrey Herlings leapt out to the early lead, despite the fact that he did not take the holeshot award, as he has done on countless occasions this season. Tim Gajser kept it close and even set some faster lap times at points. It was fairly static and then something changed. Herlings decided to go faster all of a sudden, then he went quicker again and again. If those who chased him had a glimmer of hope that they could challenge him, he took that and stomped all over it. Oh, then he went and stomped on it again.

It was incredible. There is no other way to describe it. Jeffrey Herlings set the fastest lap time of the race on seven separate occasions, as he just refused to settle. It is obvious what naysayers will respond with, as there will be claims that situations like this have cost him dearly in the past. The thing is that he did not even look like he was riding on the edge or anything. It is difficult to remember a single mistake that he actually made out there. Although this seems like a post that it all about appreciating Jeffrey Herlings, it just has to be done today. The ride was that impressive. The table below covers the way in which his lap times progressed throughout the race.

“I felt good on track,” Jeffrey Herlings said in a post-race statement. “Obviously, they watered it pretty much and I do not think they watered it right. They have not held a GP here in a while, so they have not been used to it. When the sun is baking the track gets really hard and slick, so when they put water on it is like ice skating. Some spots they did not water and some spots they watered too much. Hopefully tomorrow they have it organised a bit better. I really like this track. It may not be the best motocross track in the world, I am not too convinced about that, but I have really enjoyed my time being here. I am definitely looking forward to tomorrow. Hopefully get two good starts and then we will work from there.”

A final comparison is needed before moving onto some of the other things that occurred on Bulgarian soil today. The table below features the sector times that Jeffrey Herlings recorded on his fastest lap time, in comparison to what Tim Gajser did on his lap. Gajser was the second-fastest rider in the premier class. It is worth noting, however, that Herlings set faster lap times than the one that Gajser did on six of the twelve laps. Herlings effectively had the six fastest laps in the qualification heat! Everyone knows about that now though. It is quite clear how amazing he was today.

There was another point that stood out in the premier-class heat. Antonio Cairoli took fifth, in what was a fairly quiet showing, and if that is a sign of things to come then Jeffrey Herlings may have a realistic shot at wrapping this thing up in Turkey. The gap may be fifty-eight points currently, but it is certainly worth keeping an eye. If Cairoli acquires a brace of fifths in the motos tomorrow, then Herlings sweeps the motos, the gap would go up to seventy-six entering the Grand Prix of Turkey. Herlings would need to gain another twenty-four points next weekend to get it done two rounds early. It is going to be tough, but it is certainly not impossible.

Max Anstie deserves props for what was yet another strong ride from behind. It took him a while to get around Jeremy Seewer, after he passed both Gautier Paulin and Shaun Simpson, but once he did he broke free with relative ease. Things are really turning around for the Rockstar Energy Husqvarna Factory Racing pilot and he is actually on quite the roll currently. What about another British guy, Tommy Searle, who was buried way down the order? Searle crashed on lap one and then faced a mountainous task. The fact that he maintained a solid pace until the end, which is something that he struggled with last week, was rather encouraging though.

There have been a lot of comments about the track conditions this weekend. There is a picture from eight years ago in the press room and some riders are in awe of the amount of lines that there were on that day. It is difficult to pass out there, which was quite clear when in the two qualifying races, hence why it was a little surprising to see Thomas Covington run Jorge Prado down and take the lead. Then again, Covington has done that to Prado on many occasions that year. It was an impressive ride and one that will set him up well to take his first Grand Prix win of the season tomorrow. There is no doubt that he is long overdue.

“It was a little more difficult to pass out there than I thought. I just could not really find a place,” Thomas Covington said in the post-race press conference. “I was just putting a little pressure on him and hoping that he would make a small mistake, so that I could get around him. I am just looking forward to the races tomorrow. Hopefully I have a good start again. I would really like to beat Jorge out of the gate. It is not so easy, but it is a big goal for me tomorrow. I would like to get two holeshots and then after that things are much easier.”