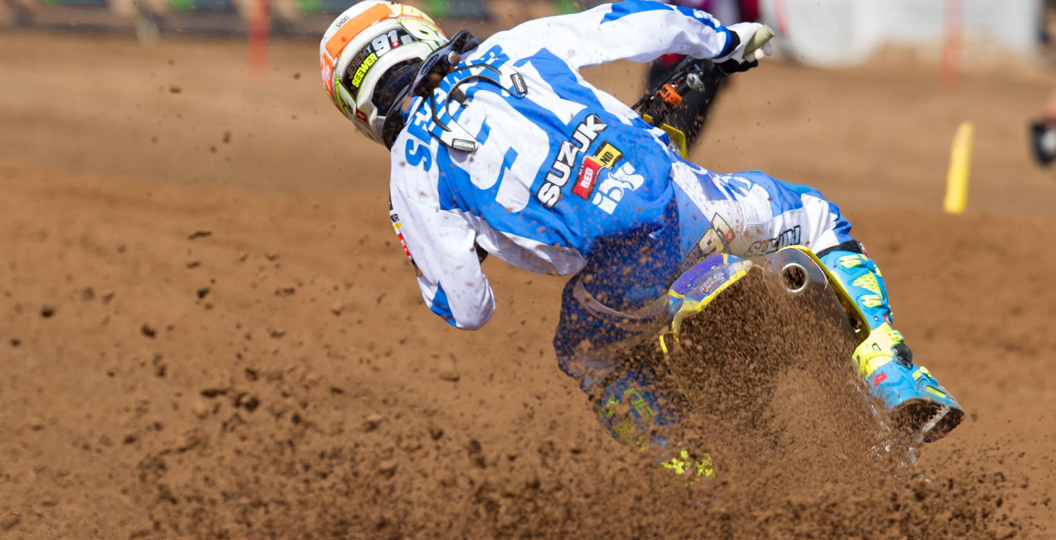 Tim Gajser had a rough start at the MXGP of Latvia, as he was hit by Jose Butron in the opening moto and went down hard. The impact gave him a severe dead leg but, despite that, he got up and battled through the pack.

Brent Van Doninck finally had some momentum behind him entering the Grand Prix of Latvia, thanks to a podium finish at the previous fixture at Valkenswaard. That all came crashing down, however, when he had this hard hit in the first moto.

The Grand Prix of Latvia was not exactly kind to Jeremy Seewer. This crash from the first moto was the least of his worries though, as he got up and moved through into second by the end.

Julien Lieber was a picture of consistency at the first couple of rounds of the FIM Motocross World Championship. That is far from the case now, however, as crashes like this have cost him vital points.