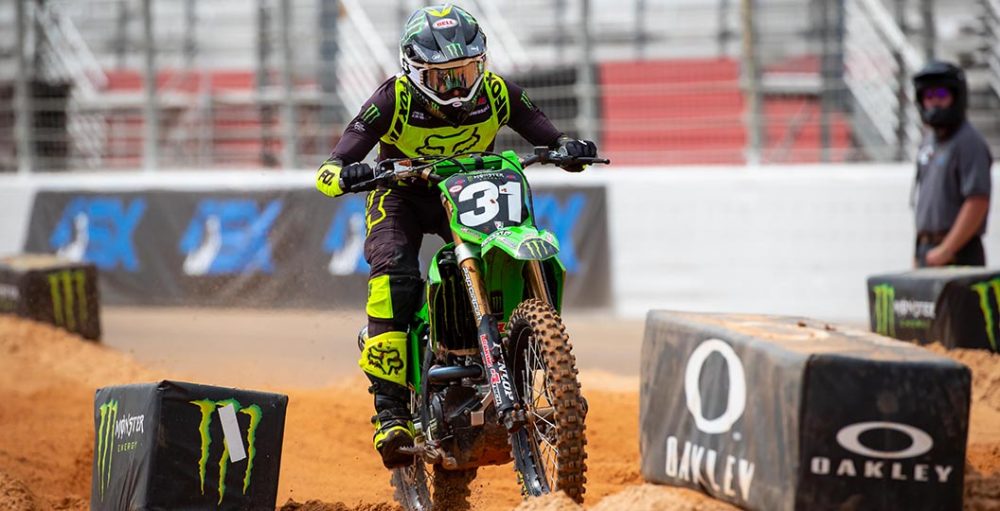 Another round of 2021 Monster Energy Supercross is in the books and, unfortunately, it was another eventful night for Monster Energy Pro Circuit Kawasaki’s Cameron McAdoo. The biggest talking point is the move that Garrett Marchbanks tried to make on McAdoo. It was a crazy attempt and one that no one in the world agreed with, it seems, but you can make your judgement by watching the video below.

McAdoo had already been involved in a crash earlier on in the main event; he bobbled out of the turn two and Chris Blose clipped him whilst jumping by. It was another worrying incident. The race was eventually red-flagged for Blose, who was flown to a nearby hospital for further treatment. That incident is below.

McAdoo battled back from Marchbanks’ bizarre move to finish thirteenth in the main event. Although he dropped to third in the championship standings, he did keep his title hopes alive. 22 points separate him from Justin Cooper.