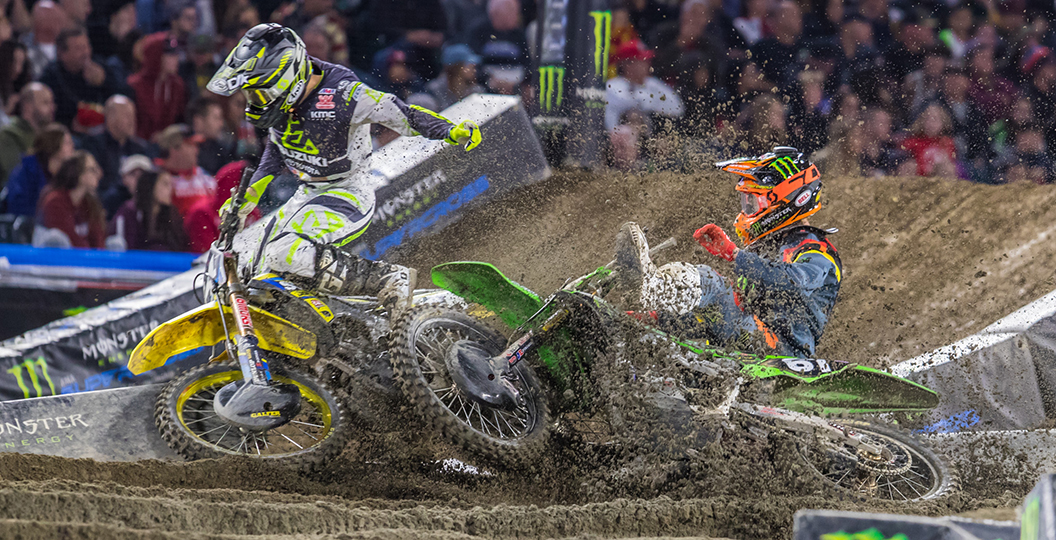 Crash Clip: Decotis at A2

Jimmy Decotis had high hopes going into the third round of 2019 Monster Energy Supercross, Anaheim 2, but things did not quite go to plan. The first main was solid, but he crashed with Garrett Marchbanks in the second main and then things kind of derailed. What happened in the fall? A social-media video of the incident has now emerged.

“Sometimes you are the windshield and sometimes you’re the bug… I was pretty upset at first after this deal but after watching the footage it was just a racing deal and stuff happens,” Jimmy Decotis wrote. “Glad we both made it out of this somewhat ok.” Things got even worse for Garrett Marchbanks, who crashed out of the final main, but he will be ready to race in Oakland this weekend.