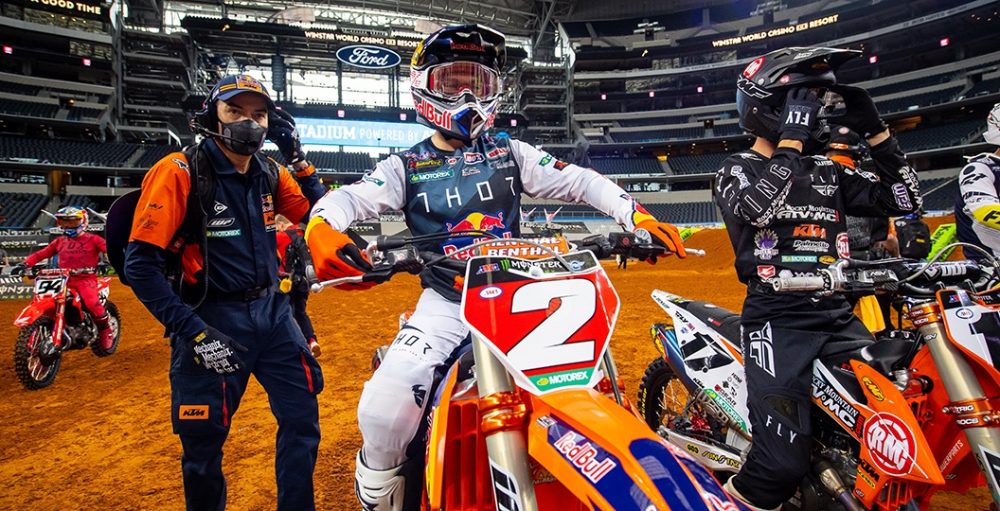 Cooper Webb has the red plate attached to his KTM 450 SX-F for the first time this season, but things are not exactly going smoothly inside of AT&T Stadium. Webb hit the dirt hard in the whoops at the end of the first timed session at Arlington 2 – he is fine and bounced straight up. It was still a significant knock though. Watch the crash in the video below. It’s worth noting that the whoops are tougher this week; they are the first set of “loader” whoops of the season. There are 11 of them in total.