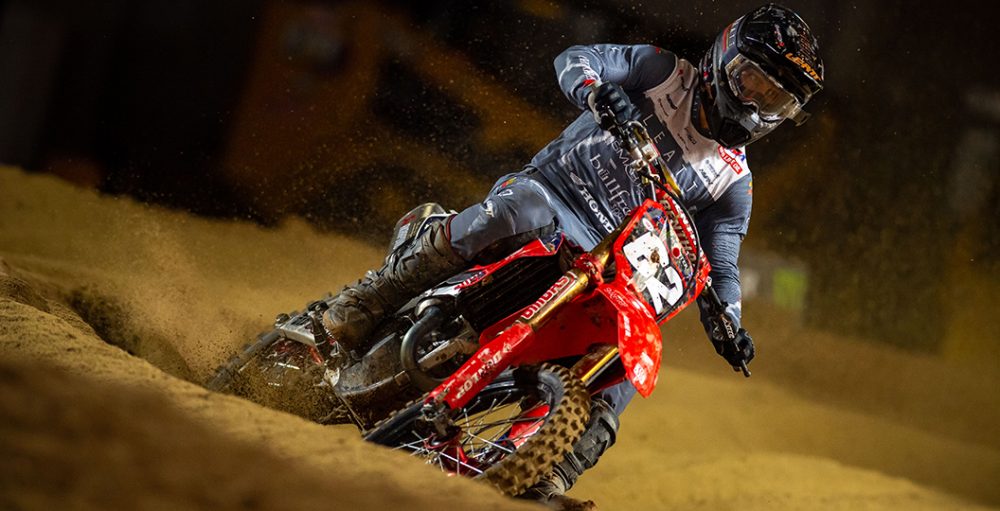 Vince Friese has a reputation that precedes him and he has not done much to quell that. Friese got the holeshot in the second 250SX moto at Glendale, round five of 2022 Monster Energy Supercross, and immediately lost the lead to Christian Craig. Friese then made a desperate attempt at a pass in the sand section, which turned out as one of the dirtiest moves in recent memory.

Craig got catapulted straight onto the concrete and was lucky to escape uninjured. To add insult to injury, he then tripped on a television cable as he desperately ran back to his bike. Craig managed to claw his way to fourth in the moto and actually caught, passed and dropped Friese. Friese could only get to tenth after the incident.

The final moto has not yet been run inside of State Farm Stadium in Glendale, Arizona.