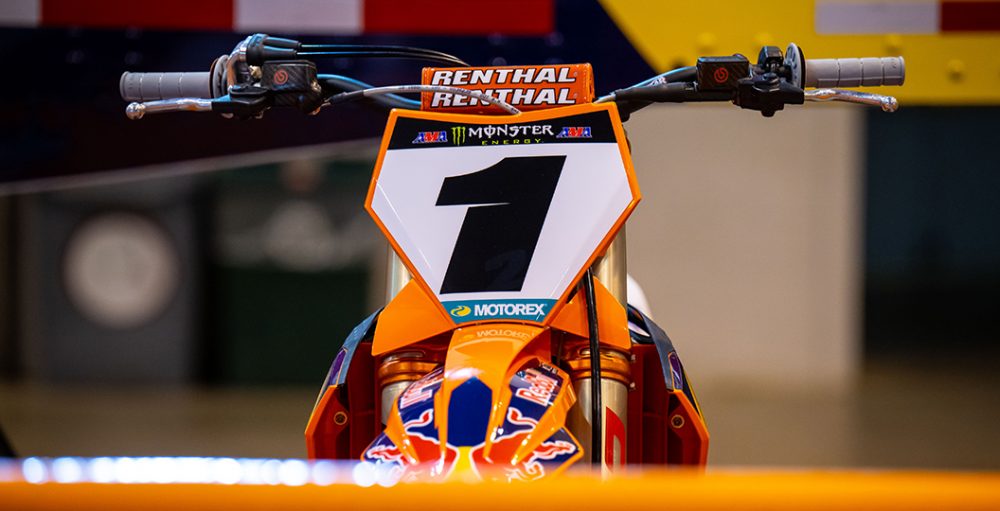 Cooper Webb injury update, in for the fourteenth round of 2022 Monster Energy Supercross.

Red Bull KTM Factory Racing’s Cooper Webb will hop aboard his KTM 450 SX-F at the fourteenth round of 2022 Monster Energy Supercross, Atlanta, after determining that he has recovered from the fall that sidelined him last weekend. The extra weekend off has given Webb some more time to recover from the fractured metacarpal that he sustained in Detroit too, so he should be competitive when the gates drop on Saturday. Webb’s status was confirmed via the following statement on social media.

“Did some riding this week and feel good enough to go racing. See y’all in HOTLANTA.”

Webb has fallen to sixth in the championship standings. 24 points is the difference between Webb and his Red Bull KTM Factory Racing teammate, Marvin Musquin, on the cusp of the top five. 38 points separates him from Jason Anderson in the runner-up spot. There is still scope for Webb to claw his way up into the top three in the championship standings with four rounds left to run.