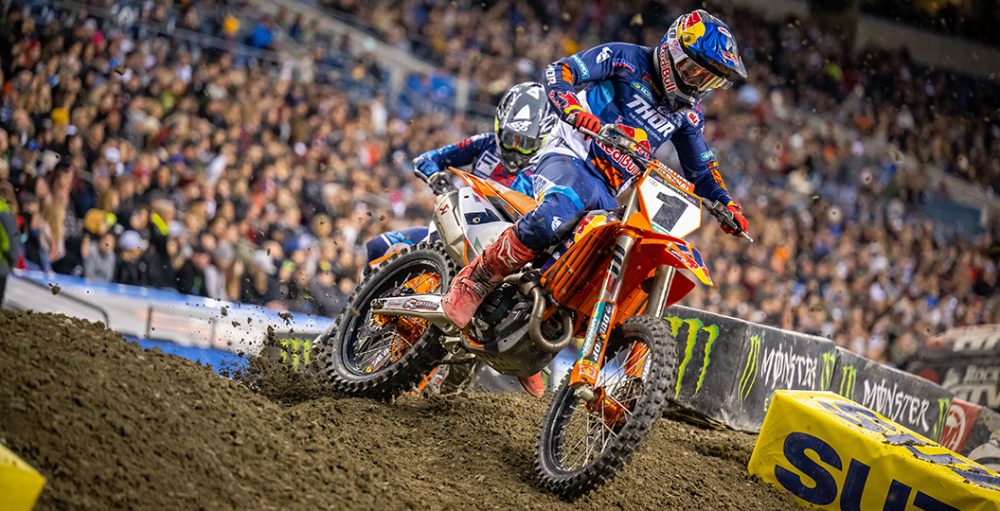 Red Bull KTM Factory Racing’s Cooper Webb is out of St. Louis, round thirteen of 2022 Monster Energy Supercross, following a practice crash this week. Not much is known about Webb’s condition, aside from the short statement that he released on social media moments ago. Webb was already beaten up; he was racing with a broken metacarpal and a shoulder contusion after a crash in Detroit three weeks ago.

“Hey guys, not the news I wanted to share. I had a practice crash on Wednesday and will be sitting out St. Louis this weekend. A tough few weeks, but we’ll be back. Going to rest up and hope to see y’all in ATL.”

Webb was already trailing the current championship leader, Eli Tomac, by 73 points, but he had a realistic shot at second in the premier-class standings. Webb’s fifth in the standings entering St. Louis and 19 points from the rider in the runner-up spot, Jason Anderson. More ground will be lost this weekend though, however, so there is going to be no position of note up for grabs in 2022 Monster Energy Supercross.

With Aaron Plessinger still sidelined with a broken arm, Red Bull KTM Factory Racing will be represented by Marvin Musquin in the premier division. Max Vohland will return to racing in 250SX East too; he has been missing in action since lap one of the Minneapolis main event.