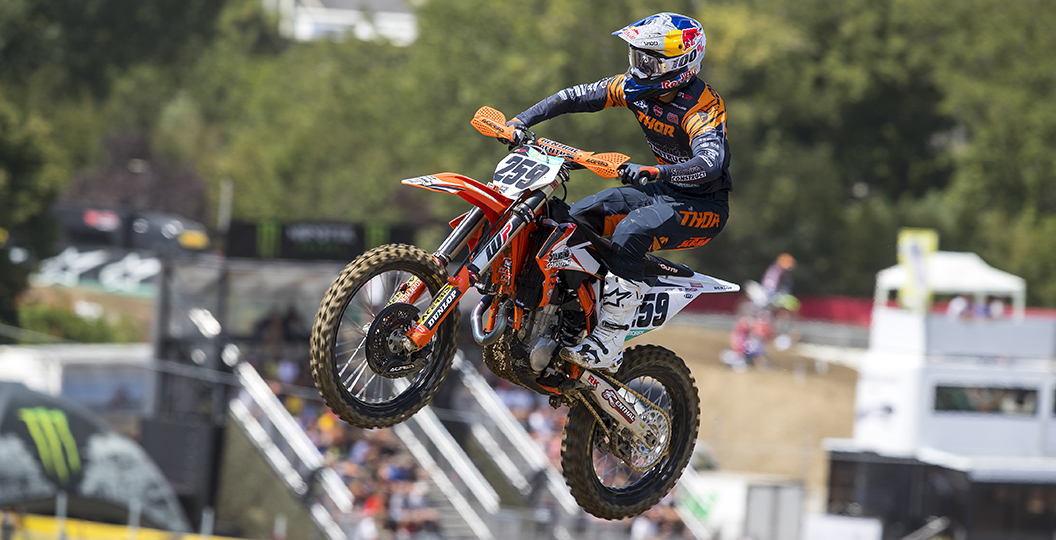 A huge Motocross of Nations announcement was made moments ago, as The Netherlands confirmed their plans for the race that will be run in the power-sapping sand of Assen. Jeffrey Herlings (MXGP) and Glenn Coldenhoff (Open) will definitely be representing The Netherlands, which is hardly surprising, but two guys have been named for the MX2 class, Calvin Vlaanderen and Roan Van De Moosdijk.

There will only be three riders on track at the end of September, so what is the next step for the Dutch federation? A handful of training days in deep sand will be run to determine whether Vlaanderen or Van De Moosdijk should fill the MX2 berth. Those two will go head-to-head in the MX2 class at the final two rounds of the 2019 FIM Motocross World Championship as well, which will clear up any debates. Who would you pick? Vote elsewhere on MX Vice.