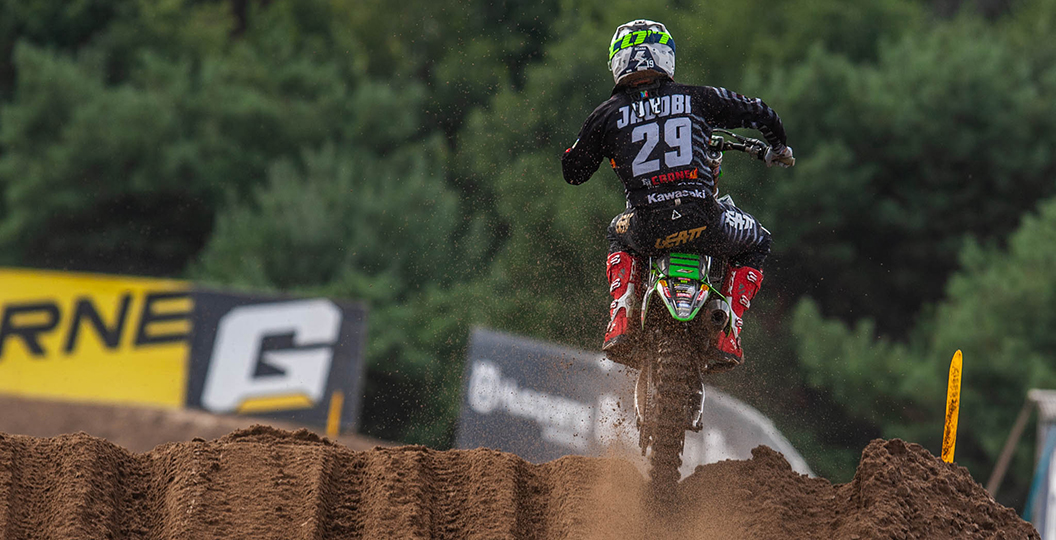 Another Motocross of Nations announcement! The three riders who will represent Team Germany at Assen in The Netherlands in September were confirmed moments ago. Tom Koch (MXGP), Henry Jacobi (MX2) and Dennis Ullrich (Open) were presented to the public at Gaildorf, a round of the ADAC MX Masters.

Jacobi is obviously the strongest rider on the team, as he currently runs fifth in the MX2 class in the 2019 FIM Motocross World Championship and has two podium finishes to his name this year. Koch has scored a couple of points in his first season in the premier division and had his best finish of the season, a seventeenth in a moto, at the Grand Prix of Belgium, which is certainly encouraging. Dennis Ullrich currently runs second in the race for the ADAC MX Masters title.