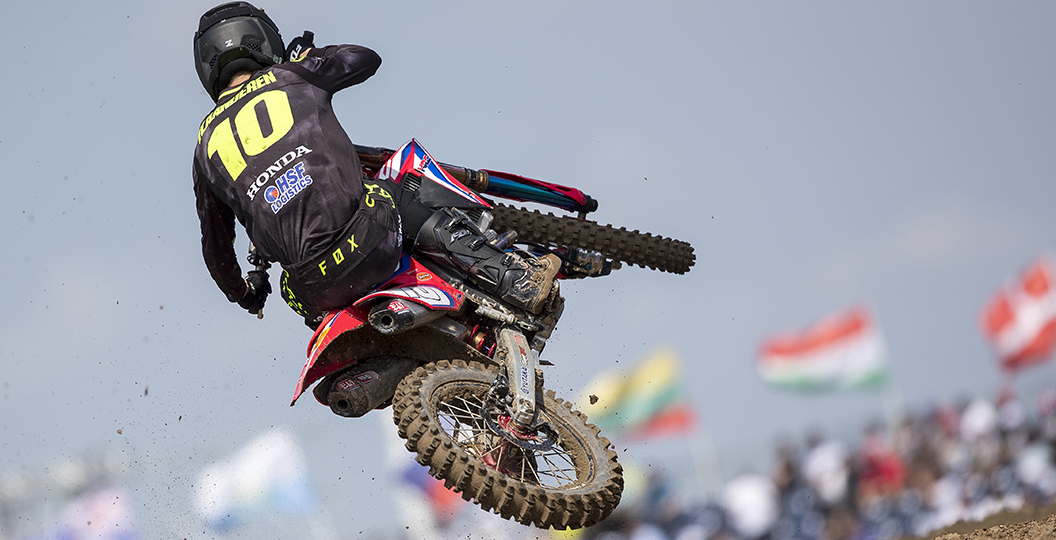 The Netherlands have wasted no time after Calvin Vlaanderen’s podium finish at the Grand Prix of China – the final round of the 2019 FIM Motocross World Championship – and named him as the MX2 rider who will join Jeffrey Herlings and Glenn Coldenhoff on the Dutch Motocross of Nations team in two weeks. The announcement was made with the following statement from their team manager.

“Calvin has had a changing season due to injuries, but has again reached a high level in the final phase of the MX2 world championship. We are confident that Calvin will be able to take its great shape to Assen and be of great value to Team NL.”

Calvin Vlaanderen beat Roan van de Moosdijk out for the spot. Vlaanderen was eighth in the final MX2 standings despite the fact that he missed six rounds with an injury.