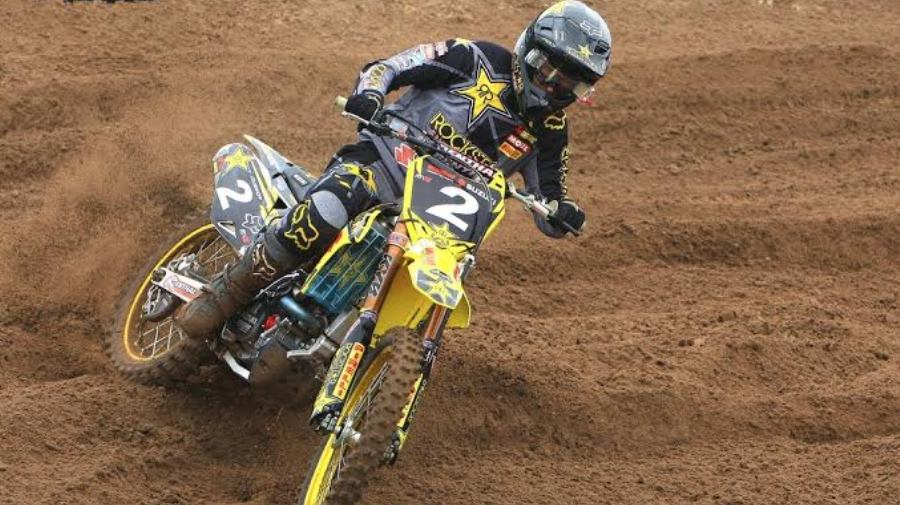 Glenn Coldenhoff of the Rockstar Energy Suzuki Europe Team has won the opening round of the Dutch Open MX2 Series in Emmercompascuum. Glenn managed to win both motos and took his first ever Dutch Open win of his career.

The weather circumstances were perfect and the track was well prepared. Glenn found his rhythm straight away in practice and managed to set the fastest time with an advantage of 1.9 sec over Aleksandr Tonkov.

In the first moto he took a good start and was leading the field when he came out of the first corner. In the beginning of the race he managed to make a gap over himself and second place rider Aleksandr Tonkov. Glenn was able to keep his rhythm going and was in control for the rest of the race. After 30 minutes and 2 laps he crossed the finish line in first position and went back to the paddock to start preparing himself for the second moto.

In the second moto he had to work harder for the win. Just as in the first moto he took the lead in the beginning of the race but this time Romain Febvre was giving him a lot of pressure for the entire race. Glenn kept his head cool and was riding his own race. For Glenn this was a good practice race and after a nice battle with Romain Febvre he managed to win the second moto as well

With a double moto win he took his first ever Dutch Open win of his career. Next weekend round two of the series will be held in Mill