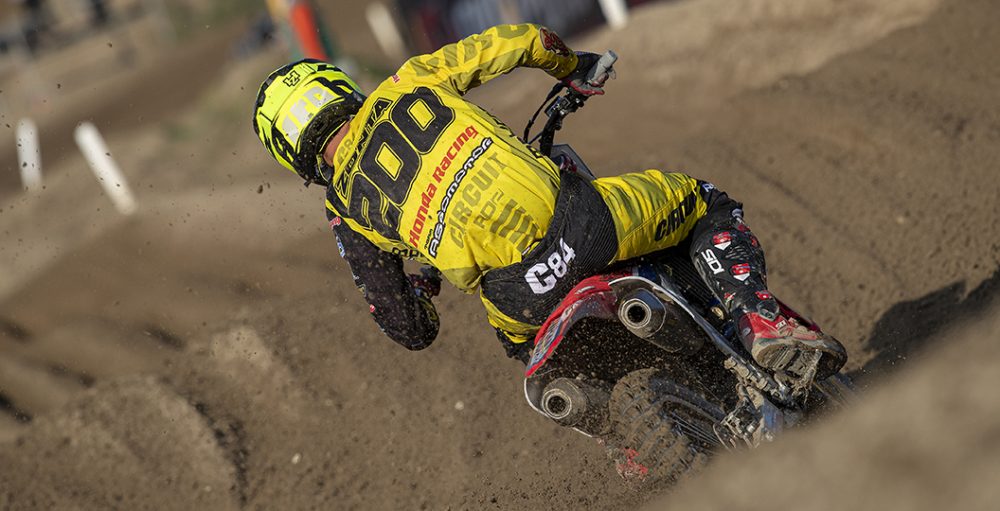 Announcements are going to filter through at quite a rate, now that the 2021 FIM Motocross World Championship has wrapped up, and the first of those is unfortunate news. Honda Racing Assomotor will not return to the Grand Prix paddock (or any paddock in fact) next year. Alfredo Bevilacqua, the team boss, shared the open letter below, which explains that his private life now requires the same attention that he devoted to motocross (or enduro) over the last 31 years. Most will not even be aware that the team has existed for that long.

The most recent campaign, the 2021 FIM Motocross World Championship, was difficult for the team. Facchetti split with the team in the summer break and Rubini, the other MX2 rider, struggled to overcome a back injury in the off-season that left him with confidence issues. Rubini did start to show signs of improvement; he recorded 9-11 results at the Grand Prix of Trentino. Unfortunately, he broke his shoulder blade at the following race and had to miss the remainder of the season.

It was the year 1991 when the Assomotor Team (now known as Honda Racing Assomotor Team), founded by myself, made its first appearance in Italian enduro. It then extended to rally, supermoto and to follow in the last decade, motocross.

After 31 years of activity, travelling from 1991 between great successes and satisfactions that have allowed me over time to meet extraordinary people and full of passion for motorcycle racing like mine, with sadness in my heart it pains me to inform you that my priorities and the reasons that first pushed me to continue have changed. This inevitably led me to the difficult and troubled decision to end the racing activity of the team I represent and to devote myself a little more to my private life, which because of this I have to sacrifice the wonderful job I have.

With great and utmost regret, I repeat, I came reluctantly to this painful decision, although I am aware that it will radically change my life and that of my family, but also certain of the fact that it was taken with the utmost serenity, clarity and awareness.

I want to thank you, with these few lines, for what you have given and transmitted to me in these long years of shared passions and efforts, for the esteem you have always placed in me and in my work, for the friendship established (that) will surely remain over time) and for the support you have made available to the team that has allowed me to reach the goals and successes so hoped for at the beginning and obtained up to now.

Thank you so much for everything. You made me feel and for the memories that I will carry inside forever.