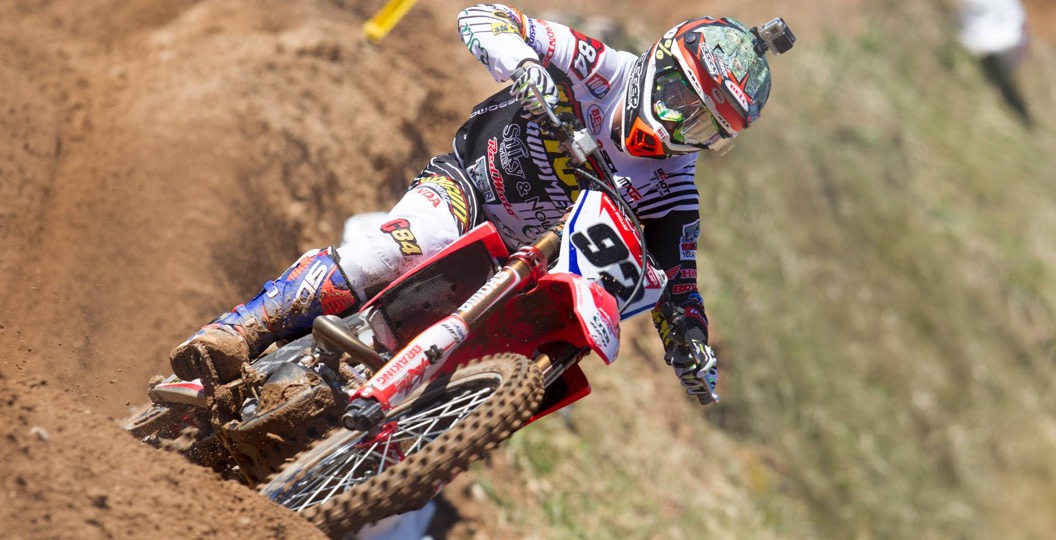 With respected teams like Suzuki World MXGP and 24MX Honda withdrawing from the FIM Motocross World Championship, there has been a lot of unfortunate news recently. It has not all been bad, however, as the Standing Construct team is set to return to the highest level. Why has the team manager, Tim Mathys, chosen to jump back in after a year away? Well, we caught up with him to break it all down.

MX Vice: It is great to have you back in MXGP, after that small break. What initially caused you to step away from the sport?

At the end of the season I had some serious health problems, because of exhaustion. When we went to bed at the Mexican MXGP and USGP the activities in Belgium started, because of the time difference, which meant that the phone calls and emails were coming in. Thanks to that, I did not sleep for almost two weeks. That was the point that made me realise that I needed to change something.

During that season I signed Aleksandr Tonkov for the following year. Louis Vosters of Wilvo was the main sponsor and a friend of Aleksandr, so I got in contact with him. I soon found out that Louis was a good and correct businessman, so I proposed that we become partners and share the work of running a team. So, as a result, last year I ran the team together with Louis, which went very well from a business point of view.

However, Standing Construct kept growing. We grew by thirty percent in one year! That again made me run from here to there, which made my life very difficult. On top of that Yamaha decided to reorganise their program, because of some miscalculations that they made the year before and I felt that was not correct. I proposed that Louis buy the team from me and, as Louis is a correct man and liked to continue in the sport, we soon had a deal that we both felt comfortable with.

What was it like watching MXGP on TV as a fan? Did you pick up on things that’ll help the team when the new season begins?

Well, like they say, you do not know what you are going to miss until you have to miss it. I quickly discovered that working and money is not everything in life and that I needed the sport more than I thought. I experienced that I needed motocross to give me motivation to keep working hard. You know, I was lucky enough in life to make the right decisions and meet the right people. I worked very hard the past fifteen years and that gave me a certain comfort.

I don’t have any children, so I started wondering why I was running my arse off if work is the only thing in my life. Besides that I discovered that the publicity for Standing Construct, which we had thanks to the team, was very valuable and that I needed to do something to promote the company anyway. I decided to come back, because of the promotional value that MXGP offers a company like Standing Construct and I felt that I needed motocross to keep performing in my business activities.

It was the first announced that you would be returning at Assen, but when did you make the decision? When did you begin to put a plan in place?

Already after a few MXGP rounds I was contacted by riders to ask if I would consider coming back to MXGP. Two of those riders will ride for our team next year. I also got contacted by a bike manufacturer to run their MX2 programme, but I was not interested in doing anything in that class. Valentin invited me to have dinner after Valkenswaard and from there the idea grew.

For me the most important thing was that I would be able to convince Wim van Hoof, who worked for my team for five years, to come back. Wim is a very talented guy and great mechanic, but he is absolutely one of the best mapping guys in the paddock too. That is something that is becoming more important in motocross. Besides that he is a good friend, so it was clear that I had to start with him.

I had a talk with Wim and he decided to come back pretty quickly, so from the beginning of July plans started to become more concrete. I spoke with all of my former crew members and, besides one guy, we will have the same people working for our team as when we were a GP-winning team in MX2.

Valentin Guillod was announced as your first signing. That must be a big one for you on a personal level, as it is like reuniting with an old family member.

It sure is. I had some good years with Valentin and we got some great results together. Unfortunately we unexpectedly broke up at the end of his MX2 career, but that is in the past now. I still believe in his talent, but at the current level every little detail counts. It is clear that he missed some things during this season. Valentin also realised that it takes more than talent to perform in the MXGP class, so both the team and I are giving it one hundred percent to get him back to the top.

It seems as though a lot of people have forgotten that you and Valentin actually parted ways. Have you talked about that and reached a mutual agreement about the best way to move forward?

You know, like everyone, we both made mistakes. In 2015 we made some agreements regarding the best way to prepare for the new year based on the experiences that we had in the second half of the season. When the season was finished we had some discussions about those agreements and neither of us wanted to give in. We were both influenced by a lot of things, so the decision to stop working together was very abrupt. It was something we both regretted a few weeks later.

Although we were not working together anymore, we always kept in contact and it was clear that we wanted to work together again. Valentin now lives in Belgium, just five minutes from our workshop, and is training hard in the sand. He found that he needed this particular training and as a team we are doing everything we can to make him feel at home in Belgium.

What kind of support will you have from KTM next year? Would you have attempted to return to the sport without that kind of backing?

From the very beginning, when I started thinking about coming back, KTM was absolutely my first choice. It is obvious that KTM and Husqvarna are the bikes with the most potential – you only have to look at the results to see that. I like working in the same way that I do in the construction business. A word is a word and if you make an agreement, then you keep your word no matter who or what comes into play.

All the people at KTM are very competent and know their job. Pit Beirer and Robert Jonas know what it takes to organise and run a worldwide racing structure. The people they direct and who are responsible for all kinds of things know exactly what to do and have the knowledge to work in a professional manner. The chance KTM has given us was, for sure, a big factor when deciding to come back. Thanks to them we will have the best possible bikes, suspension, etc. and we can benefit from their years of experience.

Your second rider will be announced in the future, although most already know who that’ll be. Did you know immediately that you wanted that rider and Valentin on your team? Did you look at other guys or attempt to sign anyone else?

I can’t announce the name of our second rider, as his current contract still runs until the start of January. However, just like Valentin, early on in the season the rider contacted me to check if we would start a team in MXGP again. The rider had close contact with Wim and heard how we worked as a team in the past. Seeing as he preferred to have top material and a group of competitive and motivated people around him, he wanted to ride for our team.

From my side he was my first choice, alongside Valentin, as I experienced that he was super motivated to get back to the level that he was at in the past. Pretty early in the season it was clear that these two riders would be my guys if I could finalise things with KTM.

Finally, a few riders became available late in the season and once you had plans in place. Did you make any effort to find room for a third rider or did you know that it just would not be possible?

In the middle of September I got contacted by the manager of a very talented rider in MXGP and we looked to create a three-rider team. Although we would have very much liked to have him in our team too, we preferred to be honest and know that if you want to do something at one hundred percent then it is very difficult with three riders.

We made the decision to stick to our philosophy of working with two riders and to give them everything to perform at the highest level. With our winter planning, we luckily have a good base of bikes thanks to KTM. We are testing and training with both riders here in Belgium and Holland, then in a few weeks we’ll head towards the south to be ready for the Argentine GP.