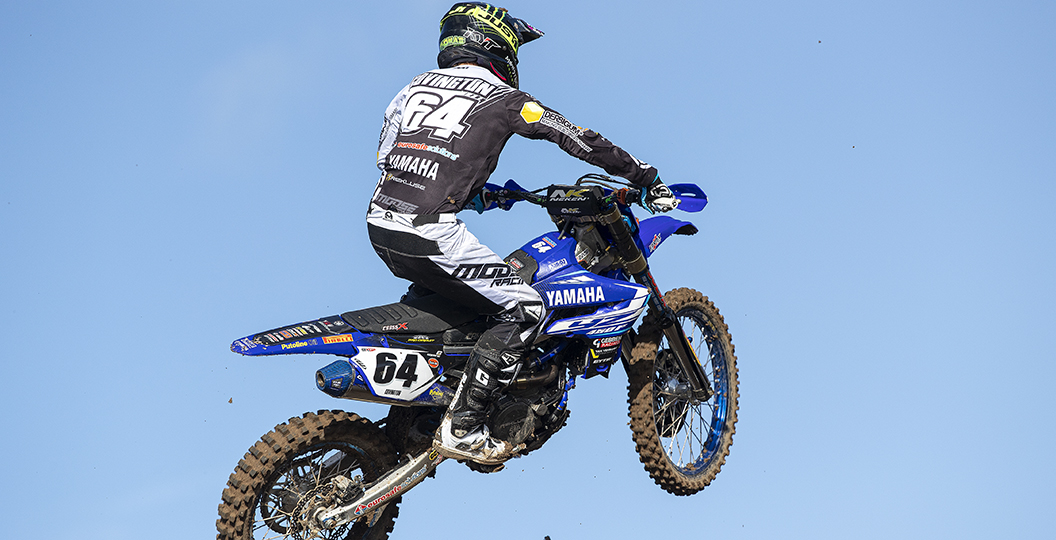 Thomas Covington’s return to the FIM Motocross World Championship has not exactly gone to plan so far, but that is such a small sample size. There should be eighteen more opportunities for him to shine and prove what he can really do in the premier class. With both the British and Dutch events firmly in the rear-view mirror at this point, MX Vice editor Lewis Phillips jumped on a call with Covington to discuss everything that has transpired since he put pen to paper with the Gebben Van Venrooy Yamaha outfit.

MX Vice: I first heard about you coming back to MXGP in the middle of last year, but a few teams were mentioned. I think I heard about the Gebben deal being done in Sweden in August. How did that whole thing come about?

Thomas Covington: I was just seeing what my options were after a tough year, and seeing what chances I had with teams in MXGP. I know it is tough to find a ride in the 450F class over here. Yamaha really stepped forward in the end – they told me that they still believed in me and wanted to give me another shot in the GPs. All of the bikes are pretty solid in the 450F class, and I just felt like this one was really a good fit.

I think that is one thing that people maybe don’t realise. You are contracted to Yamaha, not Gebben, so they are a major part of what you do at Gebben. It is not like you are off to the side on your own.

Yeah, Yamaha are a really big part of it for sure. We have Gebben to facilitate everything, and help us every step of the way, but it is good to have the factory involved as well for that extra layer of support.

I know you were in the USA until Christmas time and had a YZ450F over there. How was your off-season structured? I guess you just kind of got into the swing of things at home and then hit it hard once you got to Europe.

Yeah, that was the plan. I was still kind of easing myself back into training really slowly at that point anyway, after the Epstein-Barr virus. I was just kind of testing myself to see how much I could tolerate without putting myself back into a hole. I really did not get a chance to start doing proper training until January – that was when I really started getting back into the full swing of things. I was still having to be a bit careful that I did not overdo it.

I think the Epstein Barr became public knowledge in June of last year. Darian [Sanayei] had it for like twelve months and I know it was still kicking his ass in January, so do you still feel bits of it? Are there some days where you can just feel like there is a little something lingering or are you all good now?

I feel like I am all good now. After taking that much time out of my training programme, it just took a while to get back to where I was. I think I am 100% healthy and that I have hopefully put it behind me for good. I think that after you have had it once it is easier to slip back into it. I’m just being smart with my training and staying on top of it. That is important for me and probably will be for the rest of my career, just being smart about the way I train. I need to make sure I am doing enough but not overtraining as well. There is that fine line there.

Did you feel like that about it back in January though? Are we at the point where this thing has only just left the system, or have you felt alright for a while?

I would say that I was already 100% healthy in January, but that was when I started getting back into my usual training programme. It takes a few months to get all of the fitness and everything back after basically doing nothing since the beginning of outdoors in America [Ed. Note: That being the end of May 2019].

Two Grands Prix are done now. Just break that down, like what did you learn from it and take from both Matterley Basin and Valkenswaard?

Yeah, they were obviously both tough weekends for me and that was to be expected. We had really limited time on the bike to go testing and stuff, with how bad the weather was in Europe at the beginning of the year. I think that was what hurt me the most, because I needed a lot of hours of testing after jumping onto a 450F and switching manufacturers. It was always going to be tough from the beginning. I just feel like I missed out on all of that time that I needed, to get the bike dialled in how I wanted. I’m hoping that we can start to get those things figured out here soon, if the lockdown begins to be lifted like I am hearing. I’m just ready to get back at it.

I feel like there are a lot of similarities between you and Calvin [Vlaanderen] now, because he said that the first round was almost like a test race for him. Calvin said he didn’t want to get to a point where that would happen but, through the fault of no one, it just happened. I guess it worked out that way for you too, huh?

Yeah, exactly. I think we were in the same boat. I think Calvin was coming back from an injury at the beginning of the year, then there was me as well with the Epstein Barr. I think we would have probably got onto things a little bit quicker at the end of last year – that was just not really possible for either one of us though. I think we got a little bit behind the eight ball there. I think it is just a learning year for us both too though, so there is not too much pressure. It is just about getting our feet wet in the premier class and moving things in the right direction.

We have obviously had a two-month break so far and it looks like there are two more months to go at least. I guess this helps you in one way, because you have time to get healthy and rest, but then on the other hand I feel like you need bike time. Is this a help or hinderance?

I think the thing I need the most is bike time, but I cannot really get that at this point. It is still good for me with my health, just to build up a really good base with my cycling and running. Ultimately that is what I need and what I missed out on without having a full off-season. In that way it has been good for me, because I can focus on that, and I have also regrouped mentally as well. I have just refocussed and been able to decide what I really want to do with it. This break has definitely been a blessing for me, even though we have not been able to ride. I still think it has been good for me.

One of the things that is really different to before is that you are based in the UK now. How does that work with the team? Is it actually that big a change?

Not really. It is really good for me to be here, because it is like home for me with my wife and her family here. There are a lot of good tracks around here too and they are not all sand tracks! There is a little bit of variation. I will still spend quite a bit of time in Holland. Thankfully, Big Van World is helping us out with a camper. We are going to go over there and stay to ride in the sand. The team has been really good with me staying over there. [Alessandro] Lupino bases himself in Italy, so I feel like they are used to working from a distance. There has been no issues there.

Do you feel like this will help you in the long run? I never felt like you had an issue living in Belgium, and that you embraced it, but do you think that being in the UK where it is a little closer to America and feels a bit more like home will help you feel more settled?

Yeah, definitely. That is the reason that we decided to base ourselves in England. At the beginning of the year we were thinking about renting a place in Holland or Belgium and staying there. England is home for us at the end of the day though, so I think it will be really good for us to set up shop here and get in a routine to iron out my programme. That has been a good part about this lockdown too. We just moved into our house like two weeks before the lockdown, so we have had time to move in and get settled without having to travel all over the place at the same time.

I guess when you think about it you came over from America around Christmas time and that was two months before the first MXGP round. You were coming off the back of Epstein Barr at that time too, then had to jump into testing. It all does sound quite rushed.

Yeah, we came over to Europe on Christmas Day actually. We spent three or four days in England and then went straight down to Spain for two weeks of testing. From there we went to Belgium and Holland for a couple of weeks, so we were just all over the place at the beginning of the year. That was pretty tough coming into the season. I was just trying to get as much bike time as I could and as much testing in wherever we could find decent weather. We drove down to France a few times. Looking back on it now, it was a bit of a mess with too much travelling. In hindsight, I should have come to England and got settled in without the travelling. I think that took its toll on me.

Let’s wrap it up on this note. We are two rounds down and they didn’t go how you wanted. If there is one thing that you feel like you need to fix, what would that be? Is there something that sticks out with either yourself or your bike set-up?

I think I just need to get comfortable with the new bike. That is only going to come with more seat time and getting everything set-up exactly how I want it. I think that is the most important thing, especially with the 450F having so much power. You really need to have a lot of trust in the machine. I think I just need a bit more bike time and that will iron out a lot of the problems that I had.