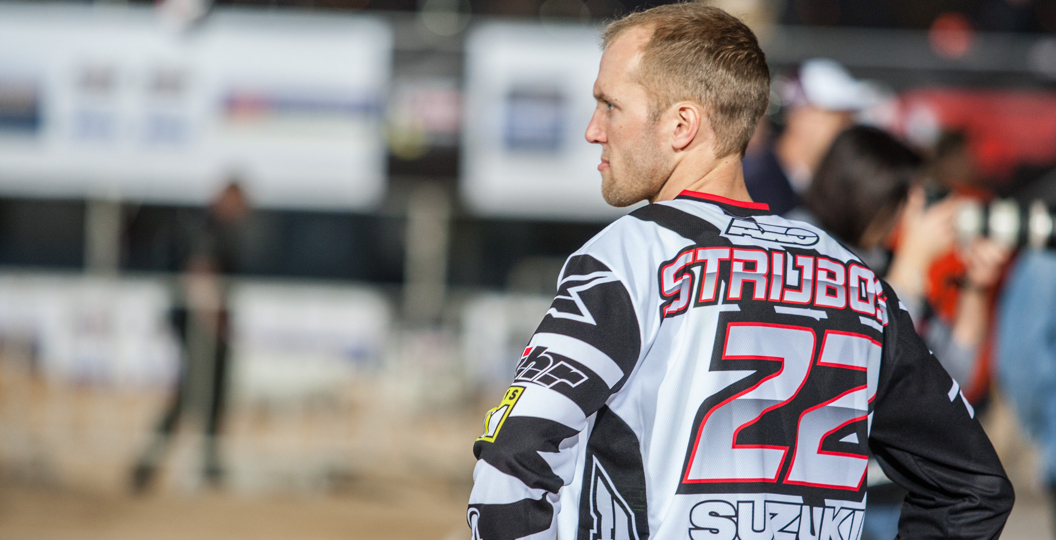 For the first time in many years, Suzuki are poised to challenge for a world title with Jeremy Seewer in MX2. The Grand Prix of Qatar, round one of nineteen, was a disaster by all accounts though, so we caught up with Stefan Everts for a post-race podcast to get an honest account of all that went on. You’ll find the transcribed version of that below.

MX Vice: Up and down weekend for the team really, I think. Obviously you expected more from [Jeremy] Seewer, but Hunter Lawrence was great and showed some real potential.

Stefan Everts: Yeah, it was not the weekend I expected. But, anyway, I think with Jeremy he did not have the best of starts. It was a really difficult track to pass; everyone on this track was struggling. It was a pity. It just gave a different view of the race but, anyhow, that is racing. I think Jeremy still can do a lot better than what he did today. In the second moto he felt better and showed some good lap times and stuff, but at the end of the day the result was not what we expect him to do.

As far as Hunter goes, he had a really good weekend already yesterday in the qualifying. He showed some really good riding skills. In the first moto he dropped it and back many places. Then in the second moto he was with Jeremy all the moto. They were following each other [and it was a] good result. I am happy. I think we will see many good things from Hunter the rest of the year.

Seeing as the track is so hard to pass on, does that mean that you are not really worrying about Jeremy? Like you say, bad starts and just bad luck really. He’s obviously still got the speed and ability to contend.

Yeah. It is just one GP done. There are still eighteen to go, so it’s still going to be a very long season. I am not too worried with this weekend not being so great as a result. We know that Jeremy is a very consistent rider. Like I said, many races still to go. We still have full confidence in him that he will be better next week and the next rounds to come.

The competition is going to be tough. We saw Pauls Jonass riding really strong two motos and also [Benoit] Paturel was up there. Prado, really good starter and he is going to get better and better during the season. So, it’s not going to be easy for him to go and do a good season. We have our hopes on him.

How is Jeremy handling the pressure of being a title favorite? Is he sort of taking it all in his stride or do you think it’s getting to him a little bit?

Well, it is not so easy. It is still all new for him. Personally I think the sooner he can win his first GP I think a lot of the pressure will fall off his shoulders, so I hope this will happen really soon. It is something and he needs to learn to deal with it. It is like it is, so there is not more to say about it.

I guess he has got a good guy in his corner though, because obviously you can give him a bit of advice about how to deal with championship pressure?

Yeah. I had to handle many championships but, of course, you can say as much as you want. Out there they are by themselves when they are racing and a lot of things go through their minds. We give the best we can and it is then finally up to him to do it, but I think he will. Sooner or later he will be there. I think we still have some work to do on the bike, so we will still work hard on that and try and improve and improve. Hopes are high.

Obviously you had a bit of a disaster with [Arminas] Jasikonis not being allowed into the country. What happened there exactly and where do you think the fault lies? What went wrong?

Well, it is really simple. We didn’t have the right visa to come in. They thought they had to just take a tourist visa and we trusted them. It was also a little bit our mistake that we did not check it enough. We will learn from this. It is a big mistake we have done; we all have done. It is a pity that he wasn’t able to race, but next week he will be in Indonesia and the MXGP season starts for him next weekend. We will see him there.

What about that new 450 that he’ll be riding? Did Kevin struggle with that this weekend? Obviously it is a new bike, so maybe you don’t have as much data on it? Were you learning as you went?

Well, it is going to be a development year – that is for sure. Kevin, overall, was pretty happy with the bike. Last year we tried many things here in Qatar and this year we hardly changed anything. I think we have already got a pretty good base, but there are still things to improve. I think today was again an interesting race. We saw the data that we got today and where our weak points are, then we will try to work on those in the next weeks and months to try and build it up. So, actually, we are pretty happy with the bike.

Finally, it sounds like this could be the last time we come to this track. Would you be happy to see it drop off the schedule, as a team manager, or do you feel like we need to be here?

Let me put it this way… We will not miss it!