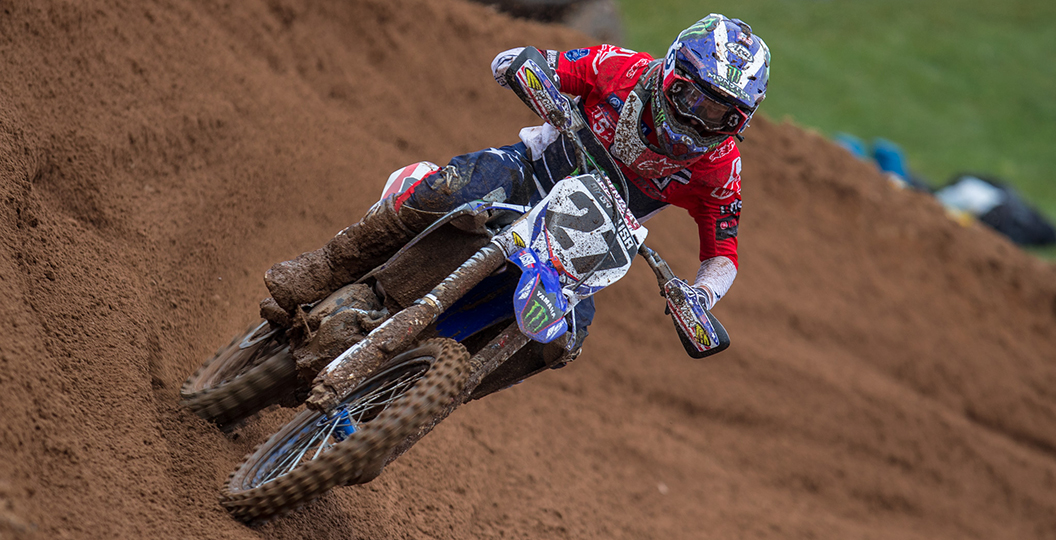 Roger DeCoster has stood atop the Motocross of Nations podium many times, but is currently facing a drought with Team USA. RedBud was arguably the most shocking defeat of all, as most would have expected them to win, but things did not materialise in that way. DeCoster discusses what went wrong, the future and much more in this exclusive MX Vice interview.

MX Vice: I think everyone across the world, no matter who they were supporting, expected Team USA to win here or at least be in the mix. Obviously, the results did not work out that way. Just sum up the weekend from your point of view and what went wrong.

Roger DeCoster: We are not good enough outdoors. That is just it. We are so focused on supercross. Three-quarters of the year we spend our time making settings for supercross and developing riding styles for supercross. The Americans, they ride outdoors kind of like a supercross track. I think that is the biggest problem. The focus most of the year is on supercross. It develops a certain type of riding that is not the most efficient on conditions like here. The other thing, the track was very different today from the national. It was not even comparable. It was like being in a different country or something, but we expected really good results from [Aaron] Plessinger. He normally is very good. He won the 250MX title. I don’t know what was wrong with him today. This weekend he was not himself. There are no excuses. The Europeans for the moment are better than us.

You say that Americans treat an outdoor track and ride it with a supercross style. Do you think that would have worked better if it was dry here? Obviously then you could attack the track more and scrub the jumps. That doesn’t really work when it is soft and slippery, like we saw today.

It probably would have helped a little bit, but not enough to give us a chance to win I think.

You said that we didn’t see the most out of Plessinger or what you’d expect him to do. Do you think we saw the best of Justin [Barcia] or Eli [Tomac] today? Obviously, I don’t see them ride every week. I feel like they have a lot more to give than what they showed though.

Yeah, I think they felt probably a lot of pressure also to do good. They came with the idea to race on a track like for the national in July and the track was extremely different today. It was, like I said, like a different place the way the track was today. The layout has been changed and the surface. They brought in a lot of sand. Tim [Ritchie], the owner of the track, did an awesome job, considering the weather. It was almost a disadvantage to have raced here in July and come to a track that they all thought we were going to race like the normal RedBud track. The track was totally different today. Very, very different.

Do you think maybe it took the riders too long to notice that and react with their bike set-up then? Obviously, I am guessing for practice yesterday they came in with a dry set-up and then quickly realised that did not work. Do you think it took too long to fix that?

Yeah, but again, it is very difficult when you have one practice session and then you deal with a huge rain [storm] and mud in one practice session, then a qualifying race. You are afraid to go the wrong direction, so you make only small steps. They were obviously not big enough.

One of my concerns or fears is that based on the way that this weekend went, obviously Assen is going to be a tougher challenge… Would you say that there is one hundred percent going to be a USA team there?

Well, I manage the team once we pick a team, but I don’t have control over going or not going. Basically it is up to the riders, but I agree with you that Assen is going to be a huge challenge for them.

Not only a challenge riding, but also as an expense. If Team USA win in France or Italy that expense is justified. To pay all of that money to go there to tackle a challenge that you know you are probably going to lose… It does not make a good business decision, does it?

Maybe we have to do like in school now that everybody gets a trophy.

I have no plans. It depends if they want me and if I think I can do a good job for the team. I love the ‘Nations race. It’s been my favourite race since before I even raced myself and then as a rider. I love ‘Nations. I was lucky enough to win it many times as a rider, then win many times also as a manager with the US team. The teams have been good to me. I appreciate being part of it, but of course at some point there will be a time that I am too old.