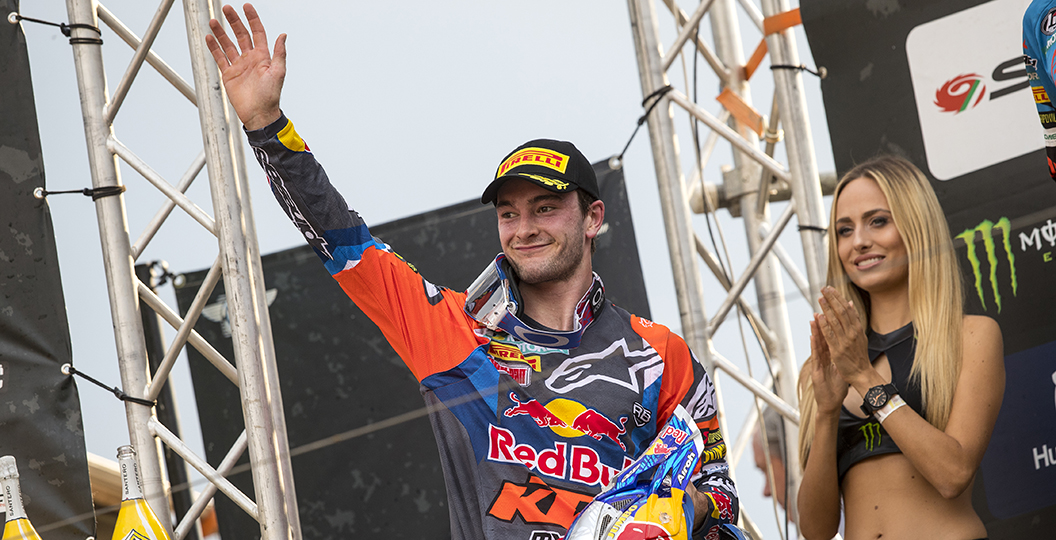 Jeffrey Herlings is always a popular talking point, no matter if he is on track or not. Herlings falls into the latter category currently, unfortunately, and it is currently unknown where he will take his talent when he does return to the competitive scene. Will he race in Lucas Oil Pro Motocross or the FIM Motocross World Championship? KTM’s Motorsport Director, Pit Beirer, offered up some insight in this exclusive MX Vice interview and then touched on some additional hot topics.

MX Vice: Jeffery Herlings is an extremely hot topic at the moment and something you have been asked about a lot. Is him heading to the USA for the outdoors realistic at this point? Are conversations really going on behind the scenes?

Pit Beirer: For Jeffrey, for sure it’s still a great motivation to go to USA. First of all, because he loves the racing scene in the USA and, on the other hand, there is still a complete championship for him where he can participate. In the world championship he feels like he lost the title, because he already missed some races. That’s definitely, from his side, somehow a wish to go there. We are discussing it but definitely didn’t take any decision so far.

A lot of people seem to think it would be a simple switch, simply because he’ll be jumping from one Red Bull KTM onto another. Could you talk about some of the headaches it could potentially cause if he does make the move?

Yeah, there are some. Some things are quite clear. We have a worldwide racing structure and everywhere we have a very professional surrounding; a team, employees, trucks, sponsors, contracts and riders. It means we have a motocross world championship team, which is actually I would say ready to serve at least three riders in the team. With the move from Pauls Jonass to the Husqvarna side, we have reduced already by one rider to two.

Having Tom Vialle there, as a rookie coming into the world championship, means if a guy like Jeffrey would leave that place I have a complete team sitting there ready to work with three riders, almost workless for one part of the team. On the other side you add another rider on a full-functional team, which has already got two super good riders. From a structural standpoint in the background it’s definitely not an easy topic and it’ll really cause some friction in Europe and in the USA as well.

Would you feel comfortable having Antonio Cairoli as the sole Red Bull KTM rider in the MXGP class? ‘222’ is more than capable, of course, but do you try and stay away from putting all of your eggs into one basket?

I feel, of course, always comfortable when I know Tony is on the start line and he’s super fit. If you look to our organisation in last years, we always had a super strong team. Not just with one rider, but always somehow an experienced one who can win races and a new, younger one who also can win races. I think that combination in the team with that young strong-horse and experienced guy in the class made us so strong and extremely successful in the last years. I feel comfortable in the motocross world championship having a strong Tony and a strong Jeffrey on the start line, and nothing less than this.

KTM could easily win the outdoor title without Jeffrey Herlings, thanks to Cooper Webb and Marvin Musquin. If he does go, would it simply come down to KTM acknowledging a rider’s request? Is there value to having him in the USA?

First of all, I don’t agree with the first part of your question. You never win a championship easy on that level, because we are talking here still about the highest motocross competition in the world. No matter if you talk about the world championship or US Nationals but, yes, we have fantastic riders in USA. We are winning supercross races at the moment. We don’t have Jeffrey under contract to add another rider to the US scene. Definitely we would need Jeffrey to compete in the world championship.

Tom Vialle was a surprising signing as Pauls’ replacement. What attracted you to him? Were riders like Conrad Mewse or Darian Sanayei considered? Did you feel it was important to sign a young rider who could be molded into a champion?

Yeah, there are always many details you check before you bring a rider into a factory team. Sometimes it can also be heavy pressure for a young boy riding for a factory team, but with Tom we already saw that he has an incredibly nice and technical riding style. You saw somehow he’s super fast and choosing lines really well, but you don’t feel he’s on the limit. We always try to take a rider where we think there is a lot of potential to develop. We saw this with him a lot.

If you have a rider in his age maybe a little bit faster, but you see him everywhere on the limit. The legs are off the pegs all the time and just fighting the limit already. There is not really the potential to make him that much better. With him we saw that potential. If you look now what was happening, I think it was really the right choice for us to take him.

Building on the previous point, is Tom Vialle already ahead of where you presumed he would be? Tom’s speed in Argentina and Mantova was very impressive.

Absolutely. We knew that we somehow got a little weaker in the overall programme; Pauls is stepping up to a 450 bike and Jorge is alone on the MX2 bike. We knew for sure that Jorge will make even another step from last year to this year and be a very strong title contender. It was a big motivation for us to bring up a new guy. Definitely he’s ahead of our expectations, because he made already a big step over the winter and Joel Smets was working with him daily. I must also say the surrounding… His family and his father, an ex-racer, is also really nice, so the whole package to work with that family and that young rider, it’s quite enjoyable for us and results are definitely better than expected.

It sounds like the USA is still on Jorge Prado’s mind, although not as much as it once was. Would you still be open to letting him switch to the American series if he requested that? Are discussions about his future already a hot topic with the current rules etc?

He found a completely new direction in his preparation and lifestyle and how cool it can be to be a top racer. I think Claudio DeCarli and Tony Cairoli, they opened his eyes and they showed him a way that helps you to become a champion. That’s already proven. I think he enjoys that so much that the US motivation is not the same anymore than it was some years ago. So at the moment he looks like a really happy world championship participant. We are not discussing USA at the moment. We are just discussing his future in the motocross world championship.

Quickly on the USA: To have KTM sweep countless 450SX podiums must be phenomenal for everyone involved. It’s easy for people to forget that KTM only won their first 450SX main in 2012. The progress is outstanding. Perhaps even ahead of where you envisioned it?

Yes. Just looking back to the last weekend and winning the main class with a complete podium – one, two and three – it’s something you cannot even dream of. 2010 I felt almost embarrassed going as a KTM guy to the supercross paddock and then, like you said, there was that first win in 2012 and the first championship in ’15. It’s not that long ago that we weren’t even competitive in USA. Now having such a strong project is incredible. It goes all back to that very first decision I took to bring Roger DeCoster and Ian Harrison over on our side. We have prepared with all the passion and all the heart we had to make this a fantastic team and that’s what happened.

It looks like the riders feel comfortable on our side. You can only succeed if you have comfortable riders, especially in supercross where you need to ride so precise. You need to trust the bike, the team and all your riding skills. Then in the background you need your private supercross track and you need a training facility. I think we have the best trainer and training facility with Aldon Baker, so it’s a huge package we have put together. It looks like now these results are not based on luck. They are based on really hard work from the whole team. I’m more than happy and that’s like a dream. We want to fight for titles. We want to be competitive, but to have the one, two, three in supercross that was not even expected from our side.