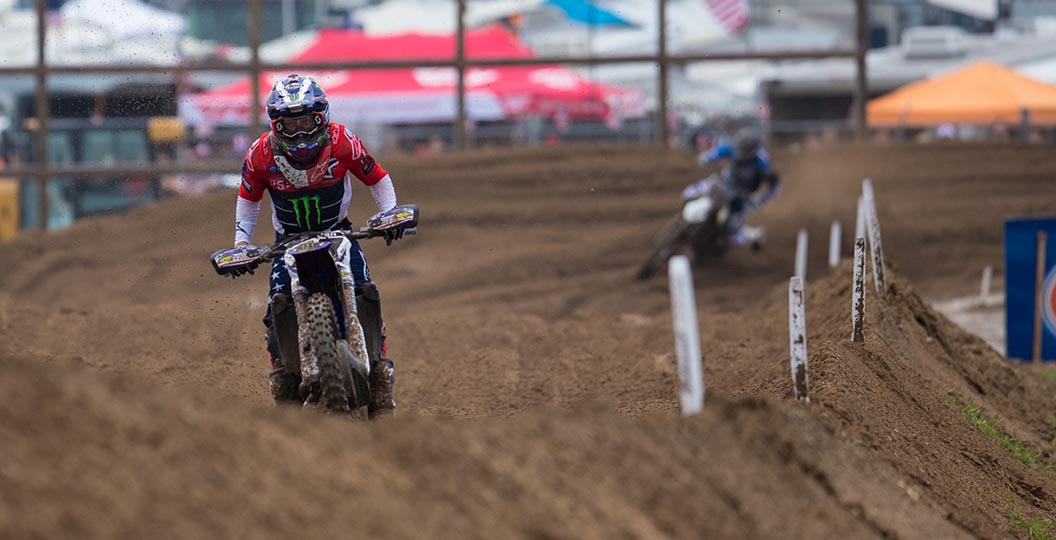 Justin Barcia was clearly disappointed about the way that he performed at the Motocross of Nations, but openly admitted that in this exclusive MX Vice interview from the event. Barcia ended seventh in the individual Open classification, much to the dismay of those draped in stars and stripes, but was still the second-highest finisher on Team USA.

MX Vice: Obviously you came into this weekend with high expectations. Everyone did, but it did not quite go to plan. Just talk us through the weekend.

Justin Barcia: Yeah, didn’t go as planned for sure. Second in the qualifying race was okay. I felt like I could have been better and my set-up. This track, it was supposed to be in our favour but it really wasn’t at all, because this wasn’t like RedBud at all. It’s kind of crazy. It was a difficult track this weekend. We had some bad luck. The last race for me, I had a little mechanical halfway through the race and that kind of hindered my performance moving forward. That was frustrating, but me, Aaron [Plessinger] and Eli [Tomac] obviously tried our hardest. It wasn’t lack of effort. Just wasn’t in our favour, unfortunately.

I guess the situation just comes down to that as well though, because yesterday, like you said, you got a good start in the qualifying race and ran up front. Had you done the same today, the same kind of thing probably would have happened.

I think so. You never know. I let Aaron have the good gate the first race and looking back at it, I probably should have took the better gate. Oh well. Starts would have helped us a lot and we didn’t have great starts. Compromised our performance coming from the back to the front. It’s been a difficult weekend. It wasn’t really a lot of pressure, but we felt like we could win it. That’s why it’s frustrating.

One idea I have got is that when you guys have mud races over here, they are proper mud races. You can do that. We have seen that. It’s either that or dry. You don’t really have races like this where it drizzles a bit and it’s on and off. This is maybe something that is completely out of your comfort zone?

It was unique, for sure. It’s crazy because it was kind of like a European-style track. It was really slick underneath. It had some banked bowl corners that were deep and you had to kind of stay to that. I watched the first race from the TV and I was watching Jeffrey [Herlings] and all of those guys. I’m like, “F*ck, they are going fast.” They were just killing stuff. I knew what I needed to do, but it was a difficult track. It was hard to get a good set-up. This race is difficult for us Americans. It’s a very foreign race. It’s pretty much an MXGP, with two days. It’s just unique. But, all in all, everyone has to do the same race. We tried our hardest but came up short. A lot short.

Like you said, you were watching it on TV and saw those guys, but back to the start thing… If you had got a good start, maybe you could have slotted in behind one of them and followed their lines? Again, something as simple as that just fixes things.

Yeah, it’s the same thing in America even when Eli’s faster than us or something. If you can get a start and run that wheel, you can pick up things. I was never able to pick up things. I was behind [Glenn] Coldenhoff on Saturday in the race and I picked up some stuff from him, some lines and stuff. He was hauling them out. So that was good, but Sunday just didn’t work out.

I’m guessing you kind of started with your set-up in July when you raced here in the dry, so were you kind of chasing your tail with that a little bit and moving away from that to try to hit the sweet spot?

Yeah, it’s funny, because my set-up here for the American race I struggled a little bit. I rode good and I had a good result, but I struggled with set-up. Back in California we were searching for what we thought we needed and then we get here and it was like a totally different track. We kind of had to rethink things and search a little more for a different set-up, so we were kind of chasing our tail a little bit all weekend with set-up and tires and things like that. Definitely the conditions were not in our favour.

Any regrets, though? Anything you can look back on now and be like, “If only I’d done this coming in or during the race?” Anything at all?

Not necessarily, because this was the best prep coming into this race. We had a team test out in California. We talked a lot about this one. It felt like more of a team this year. There’s nothing I could say I could have done better. We all tried our hardest and just sucked.

One thing that concerns me I guess is that next year is Assen, a road-race circuit. If this is foreign to you, then the whole set-up over there is going to be another world.

If you get asked to go next year then, is that going to be an automatic yes? Are you guys going to have to think about that long and hard?

I always love doing Motocross of Nations. I enjoy it. I always have fun with it. This year, the fans made it really fun but the track conditions and just the bad starts and not putting ourselves in the right position was difficult. But Assen is definitely a unique one, for sure. I like the sand, so I’ll do it. Yeah, I’ll do it. It’s cool. For sure. I like Motocross of Nations. It will be another one that’s unique and not in our favour, but so be it. 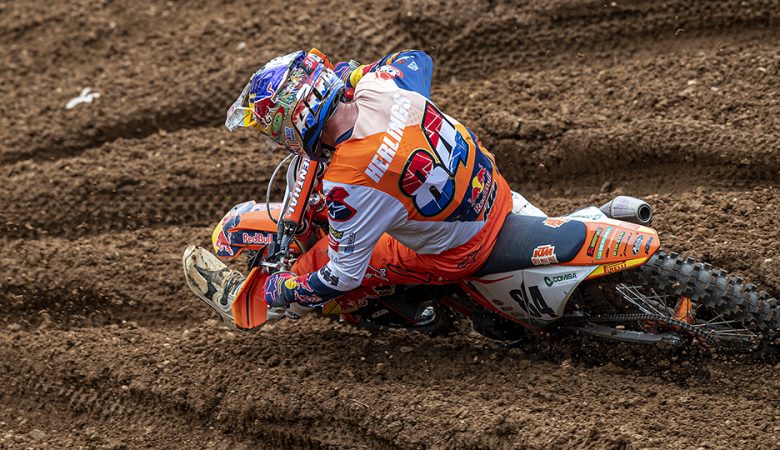