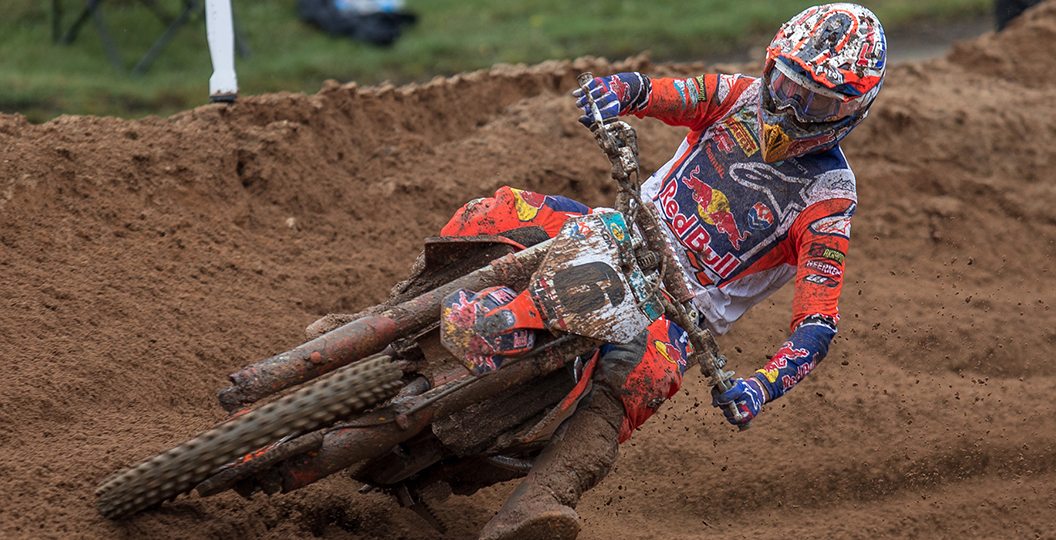 Glenn Coldenhoff was arguably the greatest surprise at the Motocross of Nations, as he won his two motos at RedBud and led The Netherlands to third overall. The performance was rather unexpected, seeing as he has not landed on the Grand Prix podium at all in the last twelve months, but it almost seems as though Coldenhoff knew that he had this in him all along…

MX Vice: I don’t even know where that came from! You were like a different guy out there. Two moto wins and third overall which, considering the way it started for you guys, is unbelievable. Great weekend.

Glenn Coldenhoff: Yeah, sure. I felt great straightaway from the first lap. This track is unbelievable. I love racing here, the huge jumps and the huge track. Maybe the circumstances with all the rain we had maybe fell a little bit in my way, but in the end you still need to do it. I felt great out there. That first moto was a bit easy. I could manage to save some energy for that second one. Didn’t get good out of the gate, but I was pushing hard that first lap and all straightaway into the lead I think after four or five corners.

I knew Bullet [Jeffrey Herlings] and Tony [Cairoli] were also there. I was pushing so hard the first few laps, but I managed to keep that speed all the way until the end. The Bullet was closing the gap, but luckily I was too far in front for him. He’s always strong in the end of the moto. He doesn’t like losing. I knew he was coming, but to manage to take the win here going 1-1 on such a big event, especially here in the USA, it’s an amazing day.

Obviously neither of us have been here before, but I was surprised just how sandy it is. I expected it to be soft, but it was really soft on top. What did you think of the place?

I think it’s great. I heard they put more sand on, but watching on videos I thought it would have been a little bit more sandy, but it was really hard underneath still. There were some good lines and for sure every corner you could take a few lines and there was line choice. It was enough line choice, let’s say. I think the track preparation with all the rain they had has been unbelievable. The track was still very good. I think they did a great job.

Obviously, you found out about Calvin [Vlaanderen] before you had even raced. Did that change the mentality for you? Was it a bit more like a GP and you were just racing for yourself?

This year I didn’t finish on the podium and that has been my goal all year long. I came up short three times and that was kind of disappointing, so I felt like for myself I needed to prove something here. Five minutes before I went to the gate I got the news that Calvin was not racing, so that was another big, big disappointment knowing we could not win anymore. But just gave it my all and maybe the frustration from all the year and from Calvin of course made it a great day.

Obviously you went 1-1, which I guess was a little unexpected and just amazing. Calvin, if he’d finished twenty-fifth or something you guys would have won the overall. Is there a bit of disappointment or can you just be happy with the individual success?

I think I can be happy about myself but even Calvin, he was riding great, man. I think he was in eleventh position. If the bike didn’t stop we would have won easy. It was not in his hands, so we are definitely not going to blame him for that. I know he’s very, very disappointed and he apologised to us, which is not needed. He’s a great guy. We had a great week coming into this event. We had a lot of fun. I think the atmosphere in the team has never been so great than this year. It’s a big shame for him.

Would you actually say that you rode much, much better today than you have done all year or have you rode like this through the season and it just hasn’t come together for you?

I think the last one you said. I think I rode great in Valkenswaard. I came up short with the same points, missing out the podium, and at Lommel too finishing fourth or fifth overall, just one or two points from the podium. I think just today it all came together. I felt great out there. It was amazing.

Finally, what’s the plan from here? Obviously the season’s over. You have got a move to a new team. Are you going to get into testing straightaway or have a break? What’s the plan?

Definitely will go into testing with the new team. We still do have support from the factory, but engine-wise we’re going to work inside the team. We’ll definitely work on that, but I have another thing coming up in five weeks. The Red Bull Knock Out. I’m going to compete there. It’s the biggest beach race and the heaviest one of the world and it’s in my country, so that’s lovely. This year I want to go there with some good preparation because two years ago I only had two weeks of training and came up short, as your countryman beat me straight up there. This year I will come in prepared and try to go for the win there as well.