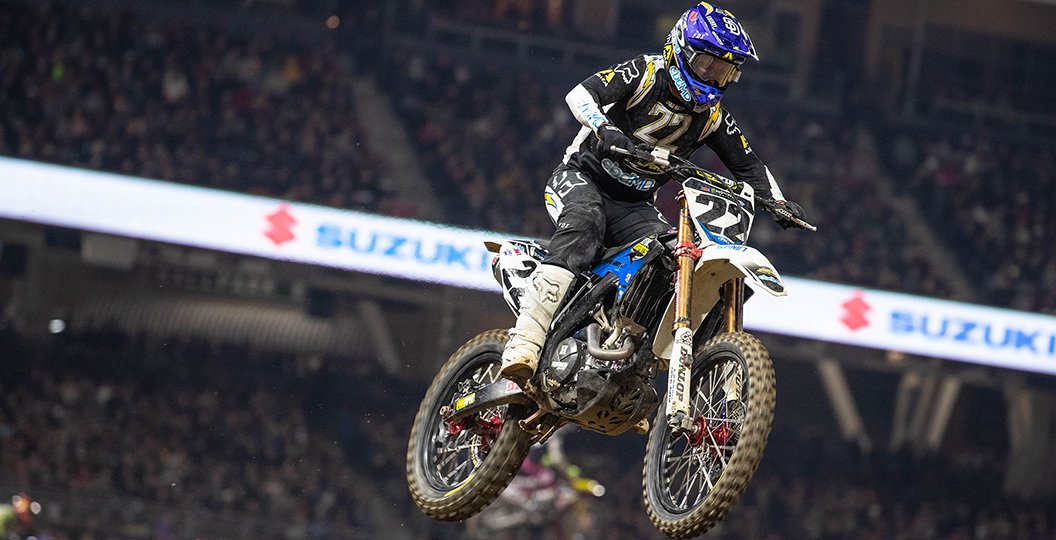 Chad Reed’s had a rough ride in 2020 Monster Energy Supercross, yet the lowest point in Oakland was followed by a step in the right direction. Reed didn’t have to head to the last-chance qualifier in San Diego – that is the first time this year that has happened – and got to say goodbye to a city that has given him so much. Why did he fail to finish the premier-class main event though? Where is his health at? All of that is covered in this MX Vice interview.

MX Vice: You are back, which is a good thing, and somehow you made it out of the heat for the first time this year, despite not being healthy at all. Weird how that works. The main obviously didn’t go to plan, but the good thing is that you are back on track.

Chad Reed: Yeah. I think for the most part it was a really fun weekend. I rode press day a little bit yesterday. Kind of felt that, “I really think that I can make this happen.” Last night I went and got my shoulder worked on, and massaged. Dr. G worked on it today, as well as then my ribs. For the most part I could ride and I felt like I was actually riding okay. Really I need to get into shape. That’s the biggest thing. I need to stay healthy, just continue to get in the gym and get my motos in.

We have got some issues going on with the motorcycle that’s really frustrating me right now. Like not finishing the main event is because of that. Unfortunately it’s like a ghost. It sucks because it’s not like these guys are missing something. I feel like we are ticking the boxes and diagnosing all the things. We have got this constant thing that’s been bugging us since October. I need to dig into that. Get that fixed ASAP and then obviously me trying to get back into shape is probably going to be a four-week turnaround.

This shoulder thing is still weird, right? You have injured your ribs, not your shoulder, but the shoulder has just come along with that like a package deal?

Yeah, a package deal. Talking to Dr. G today, obviously with broken ribs and walking around and whatnot, you can barely breathe. I can’t sneeze or cough. You just hold your body wrong and different. That’s really it… The end result is that. If you didn’t know anything different, you’d swear to God that someone drugged you and beat you up at night. It’s brutal sometimes. All good.

I know before the Glendale crash you said you were struggling to enjoy the racing side of it. Now with this on top of it, is it even harder to get out there? Has this latest health issue kind of put you in a different mind space where you are like, “You know what? This is just not really going to plan. Let’s make the best of it.”

You care. At the end of the day that’s what it is about. You care so much. I want to go out and perform, because each and every weekend I’m fully aware that this is the last one. Probably the frustration is higher than normal. It’s one thing to be dealing with some nagging injuries and you are just like, “It’s okay.” Sometimes you are just like, “Sh*t, it’s not my year.” You know what? I don’t get to do that. It’s not about that. I don’t get to say, “I’m going to come back next year,” because next year is not going to happen or at least with racing for me. You feel pressure to get back to your normal self so that you can really enjoy it in the moment.

I guess you can get back on the gym on Monday, but what does the schedule look like riding-wise? Are you even going to try to ride or just sit on the couch and rest up?

In a perfect world it would be great to get on the motorcycle, but in all honesty the weather in Charlotte this next week is not looking great. Whether I want to ride or not, I don’t think that’s going to be a possibility anyway. I think that it will just give me an opportunity. Continue getting back in the gym, getting the lungs working back to somewhat normal and then go to Tampa early to maybe ride press day just to get some riding in.

Last thing, this is obviously your last ride. You have got ten more of these things. This is my last one, and it’s kind of a weird thing. I’ve seen you race for the last time, and my life has kind of followed that. It kind of says a lot of what you did in the sport because I feel like I’m doing this job partly because of watching you as I grew up. I guess it just kind of says something about the legacy of what you are doing and how much this last ride means.

I’m going to keep working hard and getting back to it. It’s a shame this will be the last time, but I’ll be around. I love the sport of supercross. Next year I’m sure I’ll be at Anaheim 1 taking it in. Always heard about the Knothole and for the most part wished I would never have to be there until the day that I retire, so I can say that I successfully made it through life without having to go to the Knothole during my racing career. I’m excited to take the series in as a fan next year. Maybe I’ll come stand with you and watch the race.