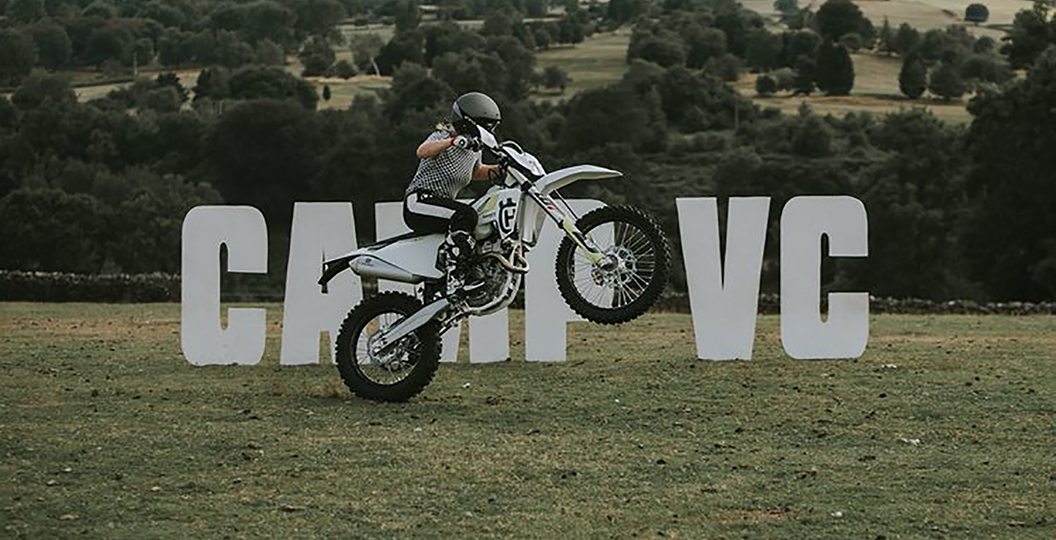 After a bit of social-media stalking I fell upon the Instagram page of Camp VC. I had seen a few of the local girls I know who ride mention this place, so what was it all about?

This magical field, way up high in the Breacon Beacons in the middle of Wales and surrounded by sheep, was one hell of a badass place and full of females, who all ride motorcycles in one form or another. I was a little sceptical about heading to something like this, being in the motorsport industry as long as I have it is hard to find something that is not too gimmicky, but I packed my van and started the journey. I felt pretty nervous heading off on a four-hour drive on my own to an event I had only just discovered.

Driving into Camp VC I was hit with an overwhelming friendly vibe. Everyone was wandering around with a beer in hand and chatting away. After heading to the event alone, my fears soon melted away when I got parked up with a couple of girls next to me. One of them, may I add, actually lives in her little camper to save on Uni costs. If it was me I would be living in it permanently!

Wandering down to the barn area there was plenty of stuff to see. The Red Bull van was blasting out some music, Vans had a skate ramp set up, there was a Stance socks tent where you could trade in your old ones for a new pair, a well-being tent where you can get your Reiki/Yoga fix, sign painting, motorsport photography workshops and so much more. Yes, it was all run by women! One of my favourite parts of the event were the team talks on the Saturday evening. This time we had Victoria Pendleton (Olympic gold medallist) Sally McGee (who runs an all-female surf school) and Amy Shore (who specialises in motorsport photography).

After meeting some new people and sampling the food, I got myself booked onto the enduro ride for the Sunday. Luckily, I bumped into the lovely Amy Sparrow, who hooked me up with a 2019 FC 350, and boy did that thing rip! I thought it may be a bit too aggressive for me with me being used to riding 250s for most of my life, but I was very pleasantly surprised with the bike. Super smooth on the power delivery and it did not feel any bigger than a 250F. That extra bit of power was there to get you out of any trouble though. I actually liked the bike so much that I have been searching for one ever since I got home.

A few years ago, I would have not believed that something like this event would exist just for females and I am so excited to see more. I do not think I have ever been to a motorsport event as a girl, as cheesy as it sounds, where I felt like an equal. No one stood gawping while you start your bike. All I got was, “That looks awesome, can I try it?”

Well done Camp VC. You have hit the nail on the head and given me a weekend I won’t forget in a long time. Well, at least until next year’s event!