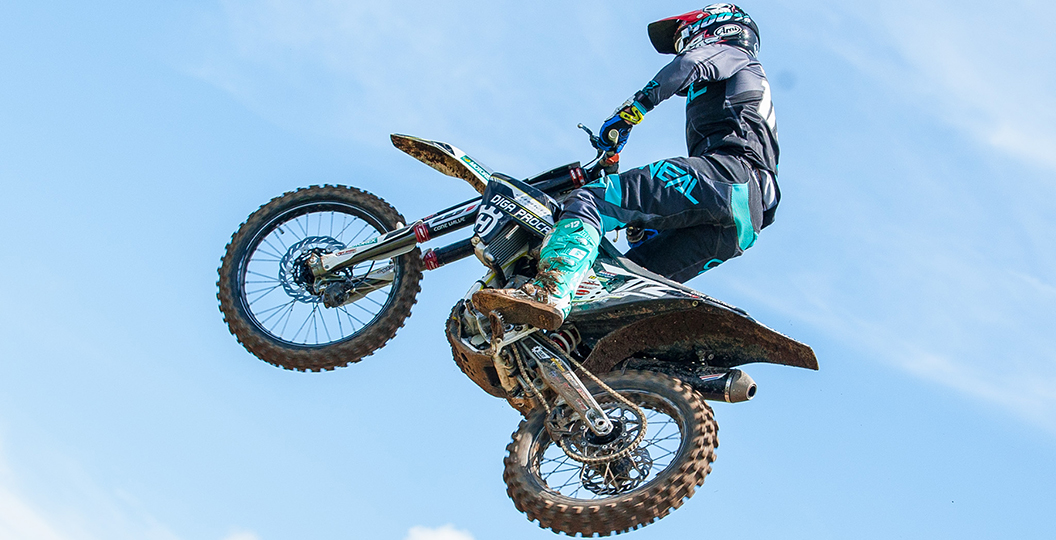 Brent Van Doninck often slips under the radar for one reason or another, despite the fact that he has finished on the MX2 overall podium in the FIM Motocross World Championship multiple times. Van Doninck will be hoping to make a statement and do that again with his new team, Assomotor Honda, when the new term begins.

MX Vice: First off, just talk about your season as a whole. It was up and down, obviously, but I feel like it started to turn good towards the end.

Brent Van Doninck: Yeah. I had a really difficult year, because I started riding in February with the bike after a bad injury that I had to let fix in the winter. I was not really prepared for the first round, so that did not go that well, but then we got some problems with the team, the 8Biano team, also. They stopped the team around Teutschenthal. I think Teutschenthal was the last race we had for 8Biano and then I got into the Diga team for the rest of the season.

I was quite happy about that, so I could finish the season. I was slowly getting better, I think. The last rounds I think my speed was pretty good, but the results were not what it should be. I felt good on the bike again though. We still finished eleventh I think in the championship. Not really what I wanted, but I think it is still pretty good because of all the things that were happening all year.

How did the support from the 8Biano team compare to Diga? Were they similar? Was one team better in areas or worse?

For sure in the Diga team they were more organised, of course. They had a good budget. They were not running out of money or something. It was still a really young team, so they also had to learn some things. It was their first races in MX2. It is a whole different schedule than you have in a European championship. You do not have so much time, so they had to get used to that. The team was pretty good though. It was just a small team, but they had all the material that they need. It was good enough to finish the season.

I think, if I remember right, a lot of the parts on the 8Biano bike were the same as what the Diga team use. When you did eventually have to make the switch, was it quite easy?

Yes, because I was using the same suspension also. It was not a big difference. I just had to change clothes and that is it. We changed also the bikes actually, like engines. Before we had Husqvarna kits, like the satellite teams could get these kits. In the Diga team we were using Volleberg engines. They were a little bit better, I have to say, so that was actually a step forward with the bikes.

Obviously for next year you have signed with Assomotor. Was there a chance that you could have gone back to Diga? Were there any talks with other teams?

No, not really because they only had the budget for one MX2 rider. Davy Pootjes still has a contract with Robert Jonas, KTM, Husqvarna or whatever. They placed him there, so I had to find something else, then I started talking with Assomotor in Assen I think. Then the week after Imola I went to Italy to test the bike. I felt pretty good on the bike, so we signed the contract immediately there.

That was obviously quite late in the season that it all happened. Was there any point when you were stressing quite a lot about finding a deal?

Yeah, of course, because so many riders still do not have a team. I think for everybody there were some stressful weeks and maybe it is still like that for a few riders. Many teams stopped also. The Lieber team pulled the plug. From Assen, when I talked to the guys from Assomotor, they gave me straight away a good feeling like they were really interested. From the beginning I knew I had a good chance to get into this team. That was good.

I know one of the things that [Arminas] Jasikonis struggled with at Assomotor is that the team was based in Italy, then he was obviously near Lommel. Is that going to be similar to the way that the 8Biano team worked? Have you worked all of that stuff out yet?

Actually, I started riding in Belgium last weekend. On Saturday I went for the first time to Lommel. Last week we had a flight to Italy, me with my training mechanic here in Belgium, and we got a van, like a team van, and they put it full of materials, spare parts and a bike. In November and December, I will ride a CRF450R bike just for practice to get strong and everything. That was really not a problem with the team. They gave a lot of spare parts, materials and all I needed.

From January they will have a brand-new workshop here in Lommel, the team. It is the one actually that I think is from Cairoli. It is like a training facility for teams from Italy or whatever, so they can stay here. The team will be based there also for the whole season. That is pretty good that I can stay in Belgium and train with my trainer and be on all the tracks here, where all the rest of the good MXGP guys are. That is really important to ride together with all the other guys.

Considering that you stay healthy all of next year and through the off-season, which has obviously been kind of the thing that has held you back, what do you think you could achieve next year? You kind of showed that the speed is there, plus we know you can get podiums. Are you looking at that again?

Yeah, I am just really happy that I am riding already. I can start on time in November, take it easy. Do not need to hurry myself. There is always a chance you can crash on practice also and get injured, but it is just a good feeling to take it easy. You can start easy and do not need to hurry yourself. The wintertime is so important. When you need to start in January and February, then you are playing catch up all year already like I did this year. Wintertime is really important.

Like you said, you have already ridden a CRF450R a bit and you tested the CRF250R in Italy. What was one of the things that really stood out for you about the bike? Was there one thing that you just immediately liked?

Yeah, the frame. From lap two or three I was, I should say, throwing the bike around. I felt really, really good. The handling was so nice. The middle and top was pretty good, I have to say, the engine. They also work hard on the bottom of the bike to get this better. If you saw [Mathys] Boisrame riding this year, he had a few holeshots and got European champion. I think it is a pretty good bike. I still like Japanese bikes a little bit more than a KTM or Husqvarna, just the handling of the bike.

Finally, if my memory is right, I am pretty sure that next year is going to be your last in MX2. Is that extra pressure? Are you thinking about that already and trying to think about what you are going to do in 2020?

Yeah, I do not want to think about MXGP already. I want to focus myself on this year and not think too much about the year after. I think that is important. I feel pretty good on the 450F, because I am also one of the heavier guys. The 450F suits me pretty well, actually. I think Yamaha saw that also already in the past that I was training with a YZ450F with the Kemea team. Like I said, some guys they want to go when they are twenty-one already to the MXGP. I really wanted to finish my MX2 career until I reached the age limit, because you cannot go back. That is why I want to finish my MX2 career.