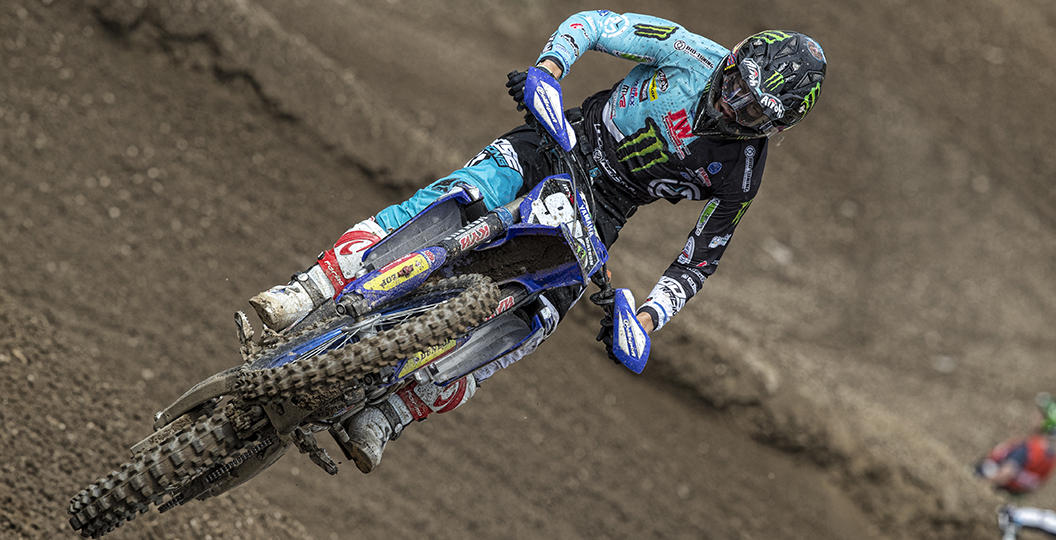 Ben Watson ended the Grand Prix of the Czech Republic with a bang, quite literally, but was completely fine afterwards. Watson was actually lucky to escape the event unscathed, as there was another close call in the qualifying race on Saturday. All of those incidents were covered in this exclusive MX Vice interview on Sunday evening.

MX Vice: Rough weekend. Well, a rough end to it anyway. Speed was good though and, if that crash had not have happened, you would have been on for another fourth, fifth or maybe even a third.

Ben Watson: Yeah. I have been happy with my speed all weekend again. I have just not had things really go my way. I had two quite good starts in the races and then unfortunately the first one I had a really bad first few first corners. I think I was around probably fifteenth, then I could work my way through to sixth. Towards the end of the race I was really happy with my riding and the pace when I was able to ride on my own. Just the start… If I can get up there at the front with them I am really confident. There is no problem for me to run there.

Then race two I had a good start. I was I think seventh or eighth, which was not good enough, but it was better than it has been a little bit lately. I pushed on in the start and got through it. I was, I think, into sixth and I had a really scary crash. I came along the fast sweeping left-hander before the finish and there was a long groove all the way along. Someone had kind of rode over the berm I think and just put like a kink in it. I came around and the rear just totally came the opposite way on me and I lost control and basically fell off the side full speed.

I feel really lucky to be able to have just got up. I wanted to carry on, but unfortunately the bike was… Somebody landed clean on the bike after me and totaled it. Unfortunately, I could not carry on. I had to push it up the side of the track and back to the van. I am gutted.

You are all good though? You are not beaten up at all? If the bike was fine, you could have gotten up and charged on.

Yeah, sure. If the bike was not ruined, I would have been straight on and back and definitely in the points. That is why I say gutting, because there is nothing wrong with me at all. I have just got a few grazes on the side and that is basically it. It is completely gutting, but it is part of motocross. I just have to stay positive and use it as motivation.

I guess it is easier to take it anyway, because really this might be the first mistake you have made all season or at least in a long time. I cannot think of many times you have even had a tip-over, let alone a crash like that.

No. I have rarely been outside the top six this year. I think only five or six races I have been outside the top five and it is really difficult for me and frustrating that it has actually happened to me now. It has been a long time for me. I have had a really consistent season. I have not had that moment where I am kind of going through the air thinking, “Oh no. This is bad,” for a really long time. It happens to everyone and it was me this weekend. It was a little bit my fault, but it is just one of them things and I have just got to get on with it and continue. Luckily no problems at all from it.

Going back to yesterday, you had a bit of an incident with [Henry] Jacobi. Actually, you did not really have the incident – there was nothing that you did wrong – but what did you think of that? It was a bit sketchy.

Yeah, it was completely out of order. I was so frustrated in the race. I really wanted to just do nothing, but just get past him and just get out of his way. He was just riding to kill me because he was slower… It was his only way to keep the riders behind him. I was really lucky that I slammed onto the brakes and did not go down hard. I came up to him after the race and spoke to him and he said, “Yeah, I am completely in the wrong.”

I said, “Yeah, there is just completely no need for it at all.” I guess unfortunately that is the only way he can stay at the front. It is one of them things. It is racing. I am not going to do anything stupid to try and get any revenge, because I am not like that. I am much older now. It is done.

I did not have a clue, because I came up his inside and then we came along pit lane. I jumped a little bit longer than him and he got a bit more drive and got his front wheel in front of me and then just cut straight across me. I braked pretty hard and his wheel… I did touch his bike but fortunately literally just clipped it. If it was any more then, yeah, I would have been down.

It was strange, because the next lap I did the exact same move on him. I do not really know what he was thinking, but I did the exact same move but made it stick that time. Maybe I should have been a little bit more aggressive the first time I tried to pass him there and not really given him the opportunity to do that. But I am not the rider that is going to for no reason, and in a qualifying race, just try and put somebody on the floor. That is not me.

I feel like we actually need to talk about that race, but the good parts of it. After that you were on fire. That might have been one of your best rides this season. You caught [Thomas Kjer] Olsen pretty easily and had there been another few laps, probably would have taken third and moved further than that.

I actually passed Olsen at the start of the race. I was feeling really comfortable all weekend, but I came down the bottom of the hill and I tried to pass [Adam] Sterry I think. It was on the inside before the big uphill. I got the corner wrong, because I was not using that line, and I was washing out going up the hill and completely lost all my speed. Olsen was able to just ride around the outside and he had a lot more drive up the hill and he passed me straight back the same lap.

It was gutting for me, because I felt really strong. It is not very often that I can pass the guys like that – he is third in the championship – quite easily. I am making big steps every weekend. That is why even though it has been a really tough weekend for me, I have just got to stay positive and kind of look back to where I was last year and at how solid the season has been so far and keep focused for the next races.

Moving on from here, what are your plans? I guess you have got to do testing this week?

Yeah. I have actually got a test here tomorrow, so I will be riding this track for most of the day. But I did not really do much in the second race, so that will be no problem for me. We are going to be riding the 2019 in Switzerland, so we are doing some testing here tomorrow with the bike. Then directly after Lommel we will be on the new bike full-time.

Finally, I guess it is kind of time to start asking this. Have you booked any flights to RedBud yet? It has not been announced but, let’s be honest, you are going to America and if you are not then there is going to be outrage.

Yeah, obviously I have not done anything like that. But if I was chosen, I would be absolutely over the moon. I would be unbelievably motivated to show the country what I can do. After last year there was a lot of, “Is it going to be you or not?” For me to not be chosen and then everybody saying, “Next year will be your time. Just stay patient.” I hope that I can make everybody stick by their words and show them that I can be patient and wait for my time. If I was chosen, I would be over the moon and I would give it absolutely everything.