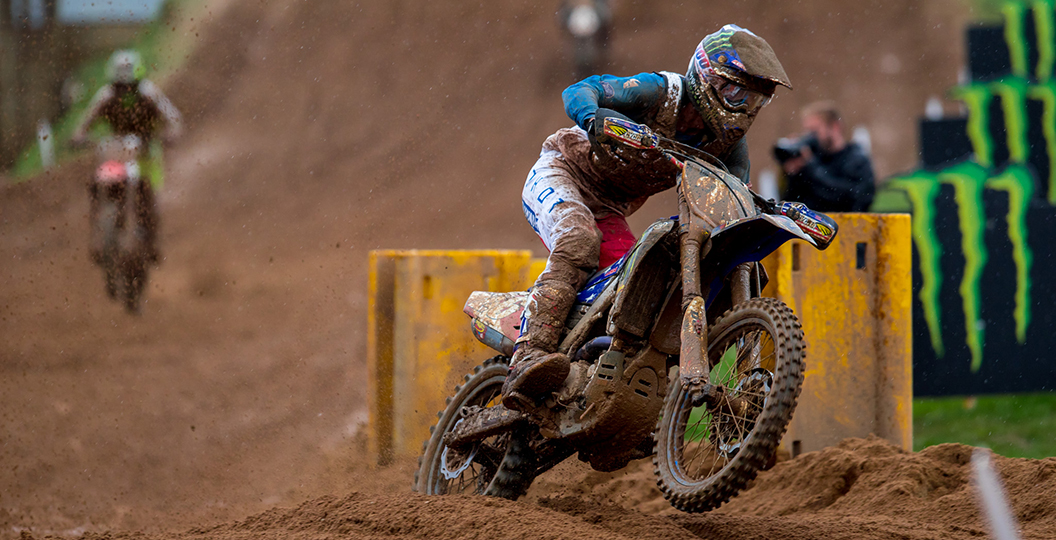 Aaron Plessinger started the Motocross of Nations in an incredible fashion, as he led his qualifying race and looked good to help Team USA capture pole position. A big crash cost him dearly though and he never really recovered from that. Plessinger explains everything that went on at RedBud in this exclusive interview, which was originally posted as a podcast elsewhere on MX Vice.

MX Vice: Obviously, it’s at home. You were the favourites coming in. I would have honestly put a lot of money on you guys winning. Thankfully I didn’t! It didn’t go well. How would you sum up the weekend and how you thought it all went?

Aaron Plessinger: Yeah, it was a rough weekend. We didn’t do what we were expected to do. It’s tough. These guys are unreal at this stuff. They brought a lot of sand in. No excuses. We didn’t ride to the best of our ability, but we tried. We tried one hundred percent and that’s all you can do. I’m definitely glad I did it, but today went up and down. I crashed two times in the first moto and ended up eighteenth, then got a pretty bad start in that second one and ended up sixteenth. It’s tough. These guys are unreal. These guys are so fast at this stuff. They beat us fair and square.

Forgetting about the whole team thing, obviously just as a rider you want to perform to the best of your ability. You didn’t do that today, but at least in the first half of that qualifying race yesterday you showed that you can be the best MX2 rider here and you can win. That has just got to help ease the blow a little bit for you?

Yeah, for sure. Leading that for how long I did was pretty cool. It was pretty sweet hearing the fans cheer me on. It’s weird, because I think after the crash they were cheering for me more when I got up. It was definitely cool. That makes it a little easier knowing that I was leading that. It was fun, though. I had a lot of fun. I think that’s all that really matters right now.

It would have been easier for you to come here, bolt on your set-up from July and just have at it. You couldn’t do that because of the rain, so were you chasing that a little bit all weekend?

Yeah. It was definitely a different track. I’ve never really seen it get like this. It was hard. It got a lot of square edge. It was a lot different than July. I think it would have been a little bit more of an equal-playing field if it was like that, but who knows. These guys are fast, period. It was tough, but we came out in one piece and we had fun.

I have got a bit of a theory as far as the weather goes. Obviously, you guys can ride in mud. Everyone knows that. But when you have mud races, it is a proper mud race or it is dry. Stuff like this, where it is kind of in between and a bit slick, you do not have that. Are these the conditions that maybe you are not the most comfortable with? If it had just chucked it down all weekend that probably would have helped you more.

I think so, yeah. Maybe. It was definitely slick for sure. That’s what I’m not used to. I know these guys, I watch the tracks they ride on and it’s gnarly. I don’t know how they do it. It’s that hard-pack that we’re not used to. We don’t get them a lot of. When it does get wet, it is pretty hairy. I think if it was a little bit softer we could have done a little bit more, but what has happened has happened. We’ll leave it behind us and more forward.

Are there any regrets from your point of view with the way you prepared, the way you raced this weekend or the strategy that you had? Any regrets at all?

I wish I would have went over to Belgium and rode for a little bit. No, it was a new experience for me. I don’t think I would have prepared any different, but I think it was just a rough weekend. We all have them and this was ours.

It is at Assen next year which is sand, as well as being on a road-race track, which is just completely weird for you guys. If you got asked again, would you say yes without any doubts or would you have to think about that one?

I would say yes, no doubt. I love representing the US. Even if it is a sand track we’ll go there, we’ll try our best and what happens happens.