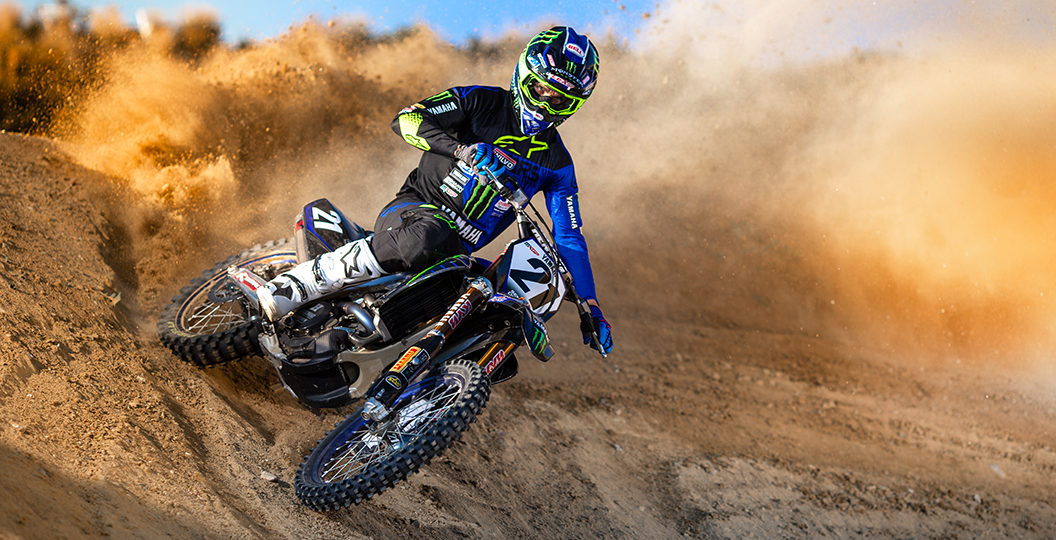 The 2020 Motocross of Nations is going to count for FIM Motocross World Championship points, that has been made official. The concept is set in stone, sure, but how is that actually going to work in late September? The format is so difficult to navigate that Infront Moto Racing have not yet revealed how it’s going to play out, hence why there have not been any riders announcements from the federations yet.

There are a lot of theories flying around in the paddock at national events and on social media, so here is another idea. It seems impossible to run with the traditional format of having three riders (MXGP, MX2 and Open) simply because that does not add up with the Grand Prix structure, which is ultimately what needs to be preserved. Would Jeffrey Herlings and Tim Gajser both gain maximum points in the premier-class championship standings, even if they compete in opposing classes at the Motocross of Nations and meet on the track just once? It is tough to envision how that could possibly work, because the minor difference that it would make could ultimately change the way that the final standings look later in the season. The priority for those in Grands Prix is the FIM Motocross World Championship, of course, so the MXoN format is the one that has to be tweaked in order to make this successful.

Could it be possible to leave the traditional format in place and squeeze the Motocross of Nations in around that? One thing that does seem to be clear is that the MXoN will be a two-day race, as opposed to the rest of the Grands Prix where the MXGP and MX2 riders will only hit the track on Sunday. There are no support classes pegged for the Winchester round. Does that mean that the normal format could be reinstated, with practice and qualifying on the Saturday? The MXGP and MX2 classes could be kept as normal too, then instead of picking three riders each country only picks one rider in MXGP and one in MX2. The two classes never mix, therefore ensuring that all world championship points are perfectly legit, but then a Motocross of Nations winner can still be crowned at the end of the weekend.

That seems like the simplest way of executing the weekend, but then maybe there is another way of going about it that no one has even considered yet? A common suggestion is that the Grand Prix could be run on Saturday, followed by the Motocross of Nations on Sunday. That would just be too much on everyone though and would not solve the problem of guys not wanting to risk it all at the MXoN. A lot of the riders would lay it all on the line on Saturday and just cruise around on Sunday, therefore taking away from the spectacle that is the MXoN. Who could blame them? Using a format like that would be like having Grands Prix on back-to-back days, which is too much of a toll on everyone. That one has to be tossed out, okay?

The way in which the Motocross of Nations and Grand Prix of Winchester will work is obviously a topic that everyone is tackling, but there are so many smaller questions that need to be answered. Will guys run their in-season numbers instead of what was earnt at the Assen TT Circuit one year ago? Are riders going to have to run normal graphics and gear instead of the custom stuff that fans adore? There are so many finer details that teams and federations will have to work through, all of which obviously pale in comparison to the big question about the format that is looming over everyone. Could they operate with no riders being selected for a country beforehand, then the points are taken from the top finisher from each country and added to the MXoN total? The mind boggles.

Although this is far from ideal for anyone, including the riders and organisers, it is the best solution. It is inevitable that the event is going to lose something without Team USA in attendance – including the Grand Prix points adds another layer that will intrigue fans across the world though. How about having the MXoN run as normal without the Winchester Grand Prix? Well, that would just mean that no one wants to be on track or take chances in the middle of a title fight. That would be the worst thing that could happen to the MXoN and is the reason why, in a nutshell, Grand Prix points have entered the fray.