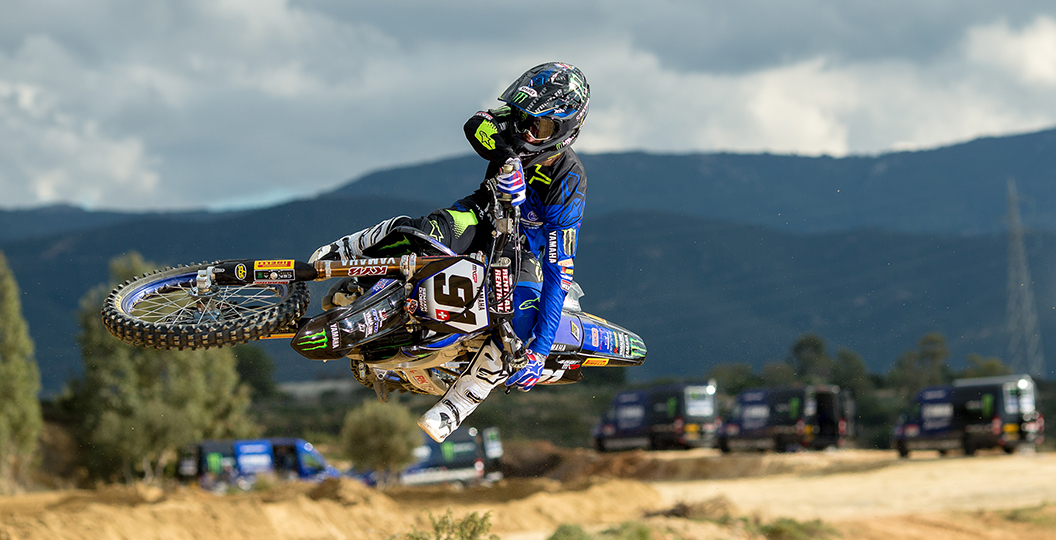 Jeremy Seewer was one of the stars who competed at Faenza, in Italy, over the weekend and got a glimpse of the circuit that is set to return to the Grand Prix schedule for the first time in almost a decade. What did Seewer think of what the circuit had to offer? That is covered in the exclusive MX Vice interview below, as well as the 2020 FIM Motocross World Championship calendar and his thoughts on the start of the term. Seewer sits ninth in the premier-class championship standings, following a disastrous time at the Dutch Grand Prix. That fourth overall at the Grand Prix of Great Britain is a much better representation of what he can do.

MX Vice: You raced at Faenza over the weekend, which was your first race since Valkenswaard. What made you choose that event? Was it purely to get ready for the MXGP round or was there another reason for making the trip to that specific race?

Jeremy Seewer: Several reasons. First of all, I felt like I needed to get some racing done again. A few weeks before I really go for it in Latvia… It is not too late for anything, you know? The second reason was that the Rinaldi guys are based in Italy, so the technicians from Rinaldi were at the race. We used it to do a bit of testing and work on the suspension. We got everyone together there, which was really good. If I raced anywhere further north, then they would not have been there. The third reason is that we may race at Faenza and I have never really been there. I went there once many years ago, but I almost forgot about it. That is how long ago it was.

What did you think of the track? I saw that a couple of guys thought it was dangerous. The shadows looked really sketchy.

Honestly, I was quite positive about the track. I heard that Gautier [Paulin] and Ben [Watson] complained that it was dangerous and stuff. I was not too scared though. It was just really fast, because the technical aspect was missing a lot. They built this track for the hobby riders, to make them not crash on big jumps and stuff. They took all of the take-offs away and made all of the jumps super easy, with flat landings and take-offs. They watered it really well though, with the hot weather, and they ripped it quite good too. It was one-lined, but that was not really their fault. That was just the track. It was not super dangerous – it was just the dry kind of Italian track.

Is there anything that you would like to see them change before the MXGP round there then?

Yeah, of course. They should make it much more technical. They need to bring some different line choices in there, make some technical things like some waves and build some proper jumps with real take-offs. Not flattened stuff for the hobby riders. Take the speed out of it and I think that it might end up being a nice MXGP track.

What about your motos on Sunday, actually? I think you had a fourth and a third [for third overall]. Run through those quickly.

I had a bad start in the first moto. We had to start without the mesh and my start device… We already adjusted it anyway, but it was way too low. I just spun. I had no traction at all and messed up my start completely. I went straight to third though – I snuck around somehow – and felt really good on the track. I was the fastest on Saturday and in warm up on Sunday, but I just got arm pump in that moto. It was kind of normal, because racing after such a long time is quite a different feeling. I went straight into the arm pump and just slowed down after that. I finished my moto without taking any risks. Without the feeling on the front, it was quite tricky.

I had a good start in the second moto, as we adjusted the start device again. I went wide in the first turn, because Gautier missed the braking point and went straight. I was on the outside of him and we both went too far – that made everyone go up the inside. I was behind Gautier for the whole moto, pretty much, and actually felt a bit faster than him. I was almost in front of him once, but couldn’t quite make the pass and the track was tough to make a difference on. I finished third, because Gautier passed for the lead on the last lap. I have to say that [Nicholas] Lapucci, the guy who almost won, was so strong. The track was tough, of course, but the technical aspect was missing, so a guy like him… He rode awesome. Hats off to him. There were not a lot of technical things to make a difference though.

We have not really spoken since the MXGP schedule was released, so what do you think of that? We have three races in Latvia and another three in Belgium. Are you happy with it for the most part?

Yes and no. I am a hard-pack rider mostly, as I grew up on it. I am not a bad sand rider – I spend most of my time in Belgium. It will be so different though, so some guys will have an advantage and others will have a disadvantage. It is going to be a lot of sand. I won’t complain though, because that is just how it is. I am happy that we can go racing, because it is better than nothing. To race three times in a week on those tough tracks… You are talking about Lommel and Kegums, some of the toughest tracks on the calendar. It’s going to be hard. You cannot go all in on the Sunday when you need to race again on Wednesday. It’s going to be a different story, but everyone is going to have to deal with it.

I was just trying to think about how you have done in Latvia in the past and the two things that stand out are your DNF on the Suzuki and you dragging your footpeg on that tabletop last year.

Yeah, but why? I only have positive memories!

You dragging your footpeg scared me so much that I can never forget it!

Yeah, I also won’t forget that. I just scrubbed too low basically… I was in such a good flow. I won an EMX250 round there, even in the past when I was not good in the sand yet. I don’t even know how – I just won. I think I was on the podium once there in MX2 and I was going for the Grand Prix win there once. I was by far the fastest all weekend, but had that DNF. I made a mistake on the start and was at the back of the pack. I was leading the whole moto a year ago, in front of [Tim] Gajser and stuff, so I have always been fast there. I cannot explain why though. You know how it is!

The saying goes that you are only as good as your last race and everything, but I feel like a lot of people are forgetting that you were so good at Matterley. You could have won! You could easily win your first race in the MXGP class once racing picks back up, so I guess that is where your head is at.

Yeah, completely true. I got seven points at my last race, but I was so ready back then. Matterley tells it all. My speed, start and everything… I was ready. Valkenswaard counts as a round, but with the weather and everything it was not really racing how it should be. It was tough for the first two weeks after that, because COVID-19 happened and I wanted to go racing the next week! It was so long ago now that I don’t care anymore. I feel really good on my bike, have done a lot of training and improved some stuff. I am really keen to go back racing and, of course, my goal is to be up on the top step of the podium.