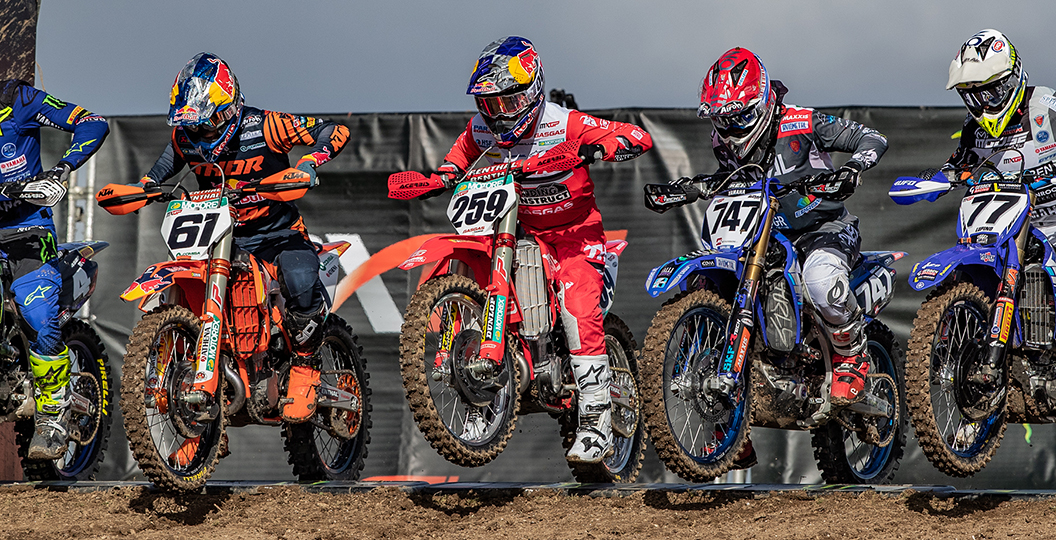 Glenn Coldenhoff did not quite make the splash that some expected at the opening round of the 2020 FIM Motocross World Championship, but he got off to a solid start with a brace of sixths. Thirty points have been added to his scorecard. How did Coldenhoff assess his first outing on the GasGas MC 450F? MX Vice editor Lewis Phillips caught up with him on Sunday night to discuss everything that went on at the Grand Prix of Great Britain.

MX Vice: Solid. Good day for you, I think. I think your speed was even better than the results showed. The most important thing is that you normally end the season better than when you start it, and this is a solid start. You are in a good place.

Glenn Coldenhoff: Yeah, sure. It was kind of a weird day yesterday. I didn’t put any good laps in. I was pushing a lap, but that was still in free practice so I missed quite a good lap. Then it started snowing with the big wind. It was a difficult day and I only ended up eighteenth. It’s not that great for a start position today, but I showed this morning that I’m one of the guys. Third in practice. I felt good and confident. Starts were not great but also not bad. Like you said, two solid motos. Two times sixth. Especially that second moto in the end, I could really push. My fitness is on point. I feel good with the bike and with the team. It’s a solid start. I was definitely worse last year, so it’s good.

What about the injury that you had in the off-season? I guess it was only a little thing and you missed like a week, but did it actually change anything?

No. Just one week of training. I couldn’t do anything for one week. My back is still quite sensitive. I had a quite big crash and actually hurt my ribs. I broke my back on T7, T8, T9. Also my ribs were seven, eight and nine. I was planning to do Riola Sardo, the Italian international, but in the end I did not feel that I was ready for that race yet, so I skipped that one. I only went to Hawkstone Park. Usually Ottobiano and Mantova are full of rain and snow, and LaCapelle was quite similar. It turned out completely opposite. We had a big mudder in Hawkstone and the other races were great. In the end, I did my work during the winter and I feel good. It’s been a solid start.

Like you said, the second half of the second moto today was much better than the first half. Did anything click for you? You were kind of there or thereabouts, then you just went.

Yeah. I think I didn’t take the good lines. I started switching halfway the moto and found quite good lines. I could bring up my pace a little bit and passed [Mitch] Evans. I caught [Jeremy] Seewer and we jumped into each other in the air. Luckily nobody crashed. It was alright. My fitness is good.

Does this feel different to normal? This is the first year where I feel like you have come in with real expectations on your shoulders, not just from yourself but fans. Look at the amount of people standing around right now. You want to be world champion, or at least get close to that. Does it feel like more of a pressure cooker?

No. I feel like I’m kind of the underdog.

Yeah. I mean all the eyes are on [Tim] Gajser and [Jeffrey] Herlings and of course Tony [Cairoli] and [Jorge] Prado. I don’t feel any pressure. We did our work during the wintertime and like I said, I feel good. I feel good with the team. For me that’s quite important. It’s working.

What about having Ryan [Hughes] working with you? He is now stood here, which kind of makes it very awkward, but try and be truthful. It’s fine [laughs].

No, he’s good. I’ve been following him for quite a long time and the things he posts on Instagram. It was very interesting to me. Actually after last year I really got the time to think about what I should change and what I should do to still improve, because I turn twenty-nine this year. Probably only maybe six more years. If I want to do something, it needs to be done. I felt like if I didn’t do that, I would regret it later. He’s a guy who has quite some knowledge in all different aspects and technique on the bike. Training-wise I’ll train a little different now and with nutrition too. Big thing from him is the mental side. He used to be quite an aggressive guy when he was riding, and maybe that was missing with me. I feel like we are quite a good team. We get along very well together.

A lot of people kind of said that after your strong end last year, why do you need a trainer like him? You were clearly where you need to be. You obviously felt there was still a little more to give or another level that you could hit.

Yeah. On the level I am now I feel like it’s all in details. If you have a guy with a lot of knowledge and a lot of experience, who has been there already and has his focus on me… It’s just another eye on the track. I feel like this can help me to step it up again.

Like we said, expectations are there this year. You were third last year, so I guess you either want to be champion or second? Anything less than that is worse than last year.

Yeah. It’s always been my dream to come one day world champion. I feel like I’ll go all-in this year. I used to be a consistent guy. I definitely look forward to do that again this year. You are always riding on the limit in the MXGP class, especially now with this strong and competitive field. Try to be there every weekend. It’s definitely a better start to the year than I had last year, so I’m confident and I feel good. We will see.