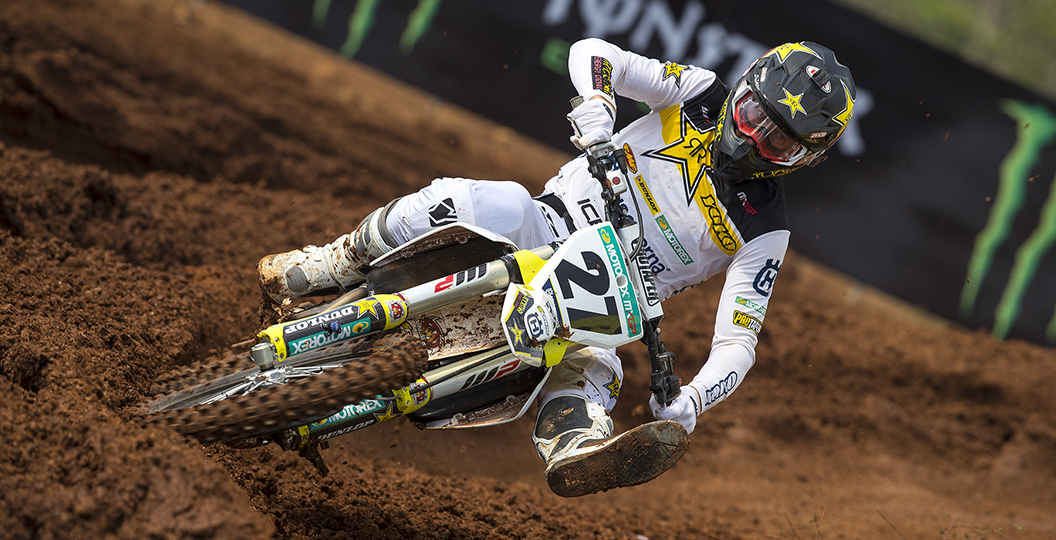 The Grand Prix of Asia was a real mixed bag for Arminas Jasikonis. There were strong points, such as good starts and a positive first moto, then disappointing moments like a horrid second moto. There was plenty to dissect and Jasikonis did that in the form an exclusive MX Vice interview from Semarang.

MX Vice: Not the weekend that you wanted. It could have been great as well, because you finally got good starts. You put yourself in a position to do well, but maybe that’s enough to go away from here happy? Starts have been a big, big thing for you for a while.

Arminas Jasikonis: Yeah, the starts have been good really. I had three decent starts. Of course, I cannot complain. Qualifying race was fine. First moto was fine. We could have finished better, but the heat got me. In the last moto the track was honestly so tough to ride. I had no feeling at all. In a way, it was going in a good way.

Already it was getting better in my mind and then that last race just broke me so bad. I’m so frustrated and pissed. Of course, we have positives. I’m alive. I’m not injured. I survived. We have to work hard and make the rest of the season good, because this is not the way we want to do it.

There were no issues in the second moto then? You just struggled with bike set-up and getting comfortable on the track?

Yeah, basically. I have no complaints. It was me. I was struggling with the track. That’s only me.

You mentioned that you are alive… You should actually be thankful about that, because on the first lap of the qualifying race I think I pretty much saw you die. For some reason, everyone in your class was doing the triple and then you alone decided to double it and pretty much almost got killed. Talk us through that life-changing moment.

Actually, on the sighting lap I checked it and I think it was watered. It looked like it was watered. I thought for sure you would have so much wheel spin, but it’s not going to be enough for first laps. When I came on the race and then when I see the guys sending it and I was already prepared just to scrub it and double it, I was like, “No way. What have I done now?”

I heard already in the back that somebody was really launching it. I said, “Okay.” I landed off the double and then I went full gas off just to not get hit by anyone. I survived that. That was okay. I am happy just to not be injured. I can work hard, show up at the next race and race with those guys.

That triple was even big for you MXGP guys, right? It was not a normal jump. You actually had to think about it and decide whether you wanted to take the risk.

Yeah. It was big. You had to really hold it until the end and even seat bounce it. A couple of times it was nice and easy to make it, but sometimes like in the last moto it got quite bumpy and rutted before. It was not easy.

What did you think of this track as a whole? It is not the best on the calendar, but for Indonesia I feel like it is pretty good. The ground maybe needs some work?

The first round to be honest I like more.

Because of the hotel?

Yeah [laughs]. No, the ground. Here was so slippery. I’m going to tell truth: I’m not master of this kind of track. I was actually quite happy to finish first moto quite good. I didn’t expect that way. For sure I wanted one hundred percent and I was fighting, but it was kind of a good moment for me that on such a track I could finish top five.

It was a good moment for me. The second moto, it even got worse. It got so slippery, so I was just messing around. I felt like the guys who were passing me… I was like a lapped rider. I had a good start and then going back, I’m not used to that. I felt like everyone was lapping me.

Is there any reason why your starts were better this weekend? Have you figured something out? Did having a week off magically make your starts better? Has something changed?

Already last weekend I had quite good jumps and everything, but this time we put it together. Somehow the old reflex that we have been training, it became automatic and just went for it. It worked pretty great. I checked the first start and I was almost a bike length in front in the start. There was at least one positive thing about that.

You just need a podium, right? You are waiting for that. When you finally get the monkey off your back, that will be a good thing.

Yeah. I think at the moment that’s the struggle for me. I need it. I need it pretty bad. I want to just… It feels like something always keeps me away from that. I’m trying my best. I’m not giving up. I will not give up. Maybe today I’m angry, but tomorrow I’m going to go back to work and do everything that I can to try to get the podium next weekend.

Last thing, obviously you’re on a one-year deal with this team. Everyone thinks you are going to come back. Nothing is confirmed yet, right? It’s all up in the air? You are talking to people and doing the normal silly-season stuff?

Yeah, of course. I knew that you were going to ask that. I cannot say anything at the moment.

It’s not confirmed. I’m just still waiting. I have not brought podiums. I haven’t brought great results to the team yet. At the moment it’s not like I’m deserving it, really. We will see what the future brings. I’m not trying to stress too much about it. It’s not like my life is ending about that. Of course, I have to do better.