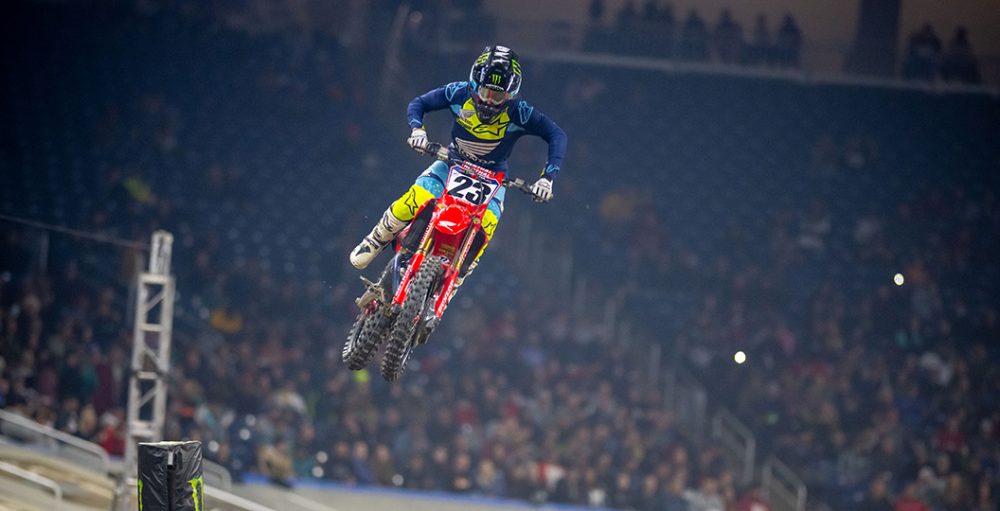 Chase Sexton and Cooper Webb tangled late in the 450SX main event at the tenth stop of 2022 Monster Energy Supercross, Detroit, and both riders seemed hurt as they crawled to safety. Whilst Webb was able to mount his steed and complete more laps before retiring, Sexton did not appear again. His immediate exit sparked concerns about his condition but now, on the morning after, he has confirmed that he did not sustain any significant damage. Sexton’s statement is below.

“Wrong place wrong time… Thankful to walk away from that one with some minor bruises. Hope you’re all good @CooperWebb2. See you guys in Indy.”

The good news is that his statement also confirms his participation at the next round of 2022 Monster Energy Supercross, Indianapolis, this coming Saturday. That is great news for Honda HRC, who lost Ken Roczen to his ongoing health issues just last week. Sexton is sixth in the premier-class standings, but just twenty-three points from the rider in second.