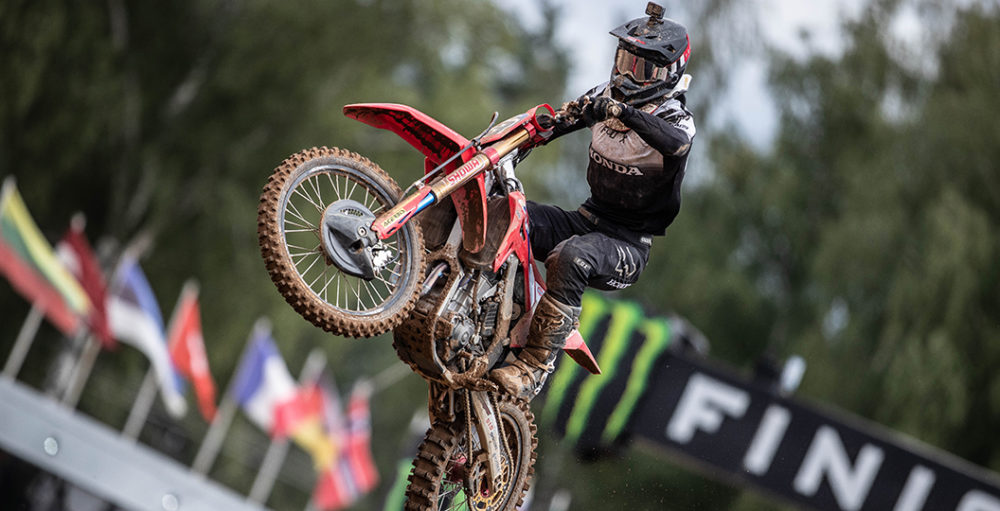 The Kegums layout, which has placed host to three rounds of the 2020 FIM Motocross World Championship, has undergone some fairly major changes ahead of the triple-header finale. More so than some would have thought, admittedly. The bottom half of the circuit by the start area is almost unrecognisable, as the second turn follows a completely different route. The waves are still in place, despite rumours that they would disappear, but the track now loops back on itself after the tabletop. Three new turns follow that, so there is a lot to see! A monstrous triple step-up has also been placed at the top of the circuit.

Infront Moto Racing released the following track map, which details the track changes as well as the new sector points. That may actually come in handy when following the racing this weekend!