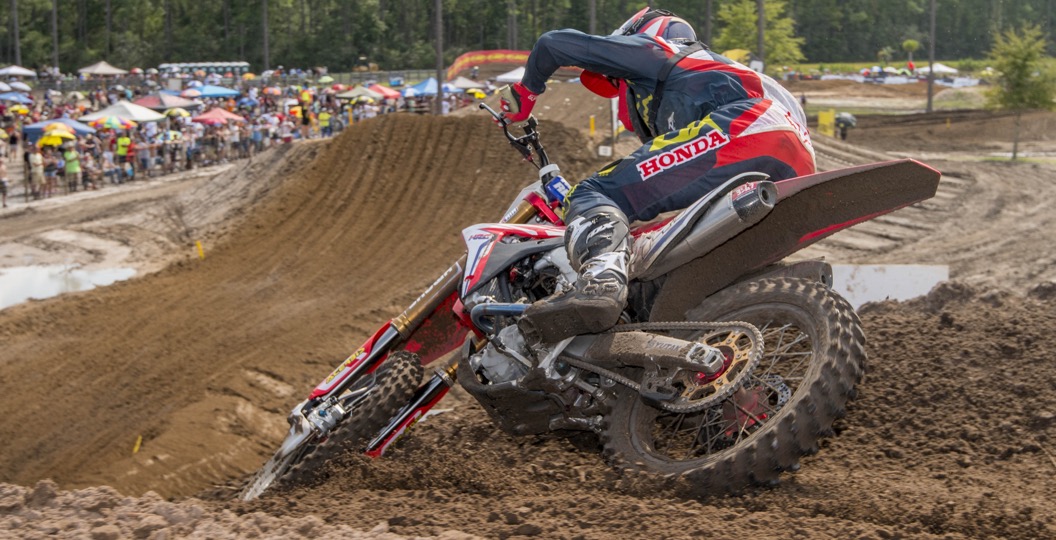 It is well known that the HRC outfit will not be returning to MX2 next year and, consequently, Michele Cervellin is in need of a new ride. The Italian, who has had an underwhelming season and not taken much of a step forward with factory machinery, confirmed his exit in a comment on a recent HRC release.

“I struggled with my leg in these conditions, but I just tried to do my best for Team Italy and for HRC as it is my last race with them,” he confirmed. “The track was so difficult and you need an umbrella on you just to see where you are going. I am going to take some time now to focus on next year.“

Cervellin endured a difficult season and missed the final two rounds of the FIM Motocross World Championship with a groin injury. Twelfth was the position that he eventually obtained in the final series standings, which was just four positions higher than his ranking from the year previous, and a sixth was his best moto finish.