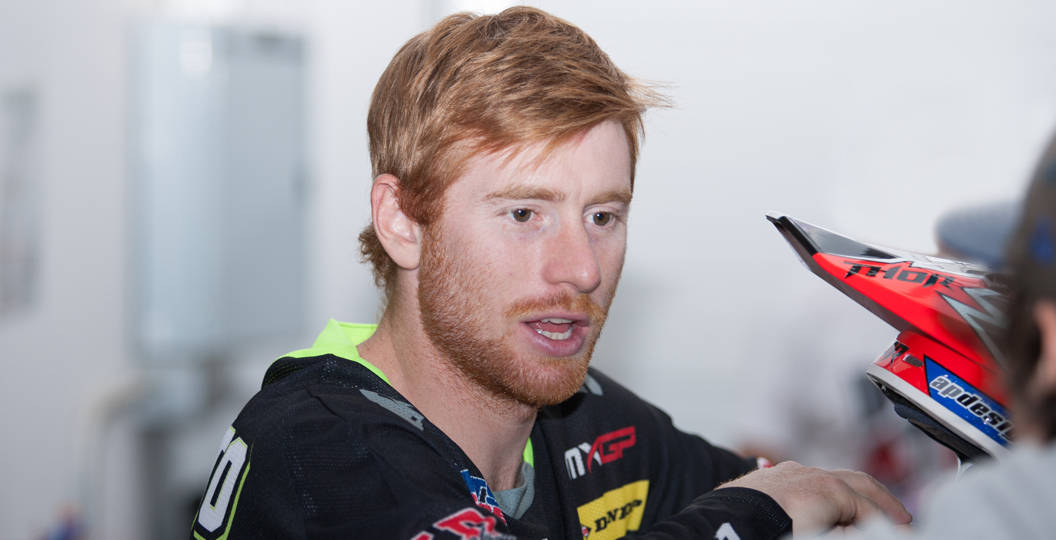 Catching Up with: Ryan Villopoto

If I had told you at the beginning of the year that Ryan Villopoto would be at the Belgian GP on the first weekend in August as a recently retired rider, and also an ambassador for Kawasaki, you probably would have called me crazy. That is the situation that we now find ourselves in, however, as the American star was wandering around, signing autographs and fulfilling various commitments.

Ryan wanted to retire at the end of last year, as everyone knows, so in order to retire midway through this season he obviously had to strike up new deals with sponsors which would benefit both parties. Although he doesn’t exactly come across as a rider who enjoys being at the races too much, he had a smile on his face at the fourteenth MXGP round and seemed to be relishing his new role.

“I think it’s going to be cool. This is kind of the start of it, here in Europe. I’ll be back for Mantova and Assen, as well as the Motocross of Nations. You know, I’ll be involved. I leave Monday morning to go to the 2016 bike launch in Italy. I’m going to be heavily involved, through Parts Unlimited and Kawasaki, both here and in the USA. You’ll still see me. I still have a bit of a busy schedule, flying over and then going to Glen Helen and also the Motocross of Nations.”

Retirement clearly hasn’t fully set in for Villopoto, but he is seemingly pleased to have escaped the rigours of his strenuous training regime. Whilst discussing his current situation, he also referenced the challenge of adapting to the sand and what he learnt pre-season; “I’ve been out here riding, I also got to ride with Jeffrey a little bit. It was interesting. It’s something that I’ve never rode on. I got to ride here and at Honda Park; I struggled way more at Honda Park than I did here. You know, for me, I found that it was a bit of bike setup and learning how to ride in the sand. It seemed like the harder you pushed the slower you went, and you almost had to ride around with no brakes.”

Who knows where this role will take Ryan in the future or how frequently we’ll see his face at the races. For now it is great to see him out and about again, after that prolonged silence. This also offers him a chance to properly write the final chapter of his relatively short but illustrious career.