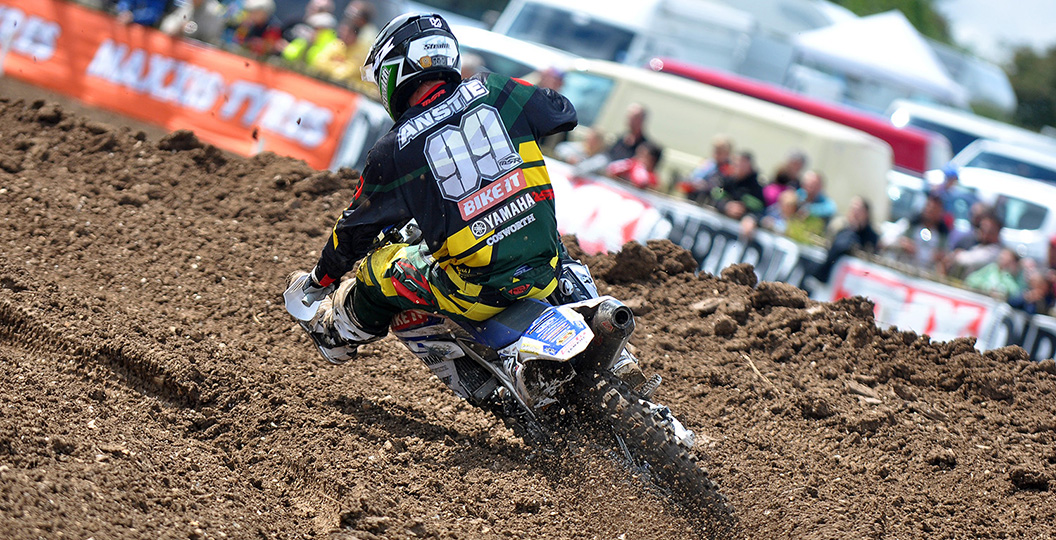 Catching Up with: Steve Dixon

Although Max Anstie has had an abundance of mechanical issues thus far this year, his team (Bike It Yamaha Cosworth) have faced up to it and continued to push towards the goal of topping the podium, which they did last weekend. This is something that you have to applaud them for, as we have seen so many other teams hide away in similar circumstances.

We caught up with an honest and open Steve Dixon on Sunday afternoon, to discuss the day and the issues that they have run into whilst searching for the best possible package.

MX Vice: It was not a great day for you on paper, but I have a feeling you probably made some progress again.

Steve Dixon: Yeah, this is a race we really wanted to do for Justin [Barclay]. He has done a lot for us at Matterley Basin and Max at his track. We could do with the time off, because we are in the middle of doing the fine development for Mexico and Brazil. But we came and we still had a few problems with our throttle body and that, you could say we are going in a different route to other people.

Everything is fine. It is just that we are waiting for the stuff that we are doing now to go into manufacturer, so we are still on modified stuff, which isn’t ideal. We are just having little problems with wear and stuff like that. It is what it is, and there is nothing we can do about it. We are brave enough to come out here, race and face up to it. It is important to the people around us, and everything is a part of a bigger plan. We can put out a bike for Jay [Hague], who was tied first in the MXY2 class, and Magne [Klingsheim], who has finished all the races.

When we have this completely right, we know what Max can do. Everything we are doing now is towards next year. It is a shame; we were looking for three good races. But, unfortunately, it is motocross. We don’t have to lick our wounds, because we already know what we have got to do anyway. It would have been nice not to do this, because we have got a lot to do. But without good people like Justin putting races on around here, we wouldn’t have a sport. So, we have got to support the people that help out.

But, yeah, there is no one sitting in this paddock at the moment that has won a GP this year, but we have. When you look at it, we have had three podiums this year, we have won races and we have won qualifiers. There is only one other team, apart from KTM, that has done that and that’s Tonus, our old rider. We are feeling quite optimistic about next year and that is what it is about. We signed a two-year deal with Max, and we realised that in order to do the job properly, we need to do the right amount of testing.

Everyone says about the USA, but that is a different series and they had their bikes a lot earlier. You know, they didn’t achieve their target in supercross, which is their main championship to win and they didn’t do that because they didn’t have time. It’s just unfortunate.

But, as we know with KTM many years ago, they pushed a bike back thirty times in a season with broken engines, and it turned around. You can copy others and be the same, or you can try and do something different and look for that advantage, but you have to be bold. Like all successful businesses, there are failures along the way, but that’s what makes you stronger. It’s my worst year in twenty-five years, but we have also learnt a lot. I think Max has turned into a complete character, and I have to admire his professionalism.

MX Vice: So the issues that he had today were consistent with what has gone on so far this year? Nothing new has popped up?

Steve Dixon: No, nothing new. It is basically all related to the throttle body talking to the ECU. What we say to Max is ‘okay, if you don’t feel confident and you feel any glitches, bring her in.’ Obviously he is a bit more paranoid than you would normally be, and that is understandable. I think we have built up a really good relationship. In Formula 1 you hear them on the radio saying that a driver has to bring it in, because they need to save the gearbox, and the drivers understand. I think that is the relationship that we have with Max.

We are all one team aiming for the same thing. It is not a blame situation – it’s professional. It is probably difficult for other people to understand, unless you are in the top end of motorsport. But, as I say, I have nothing to hide. We talk to Max after each time, and that’s why you don’t see him throw tantrums or drop the bike – he understands. He asked for something in the second race and it didn’t work out. We respect his wishes and that is what it is all about.

We enjoyed the day, it was good with the weather, the crowd and I’m pleased everything went well for Justin.