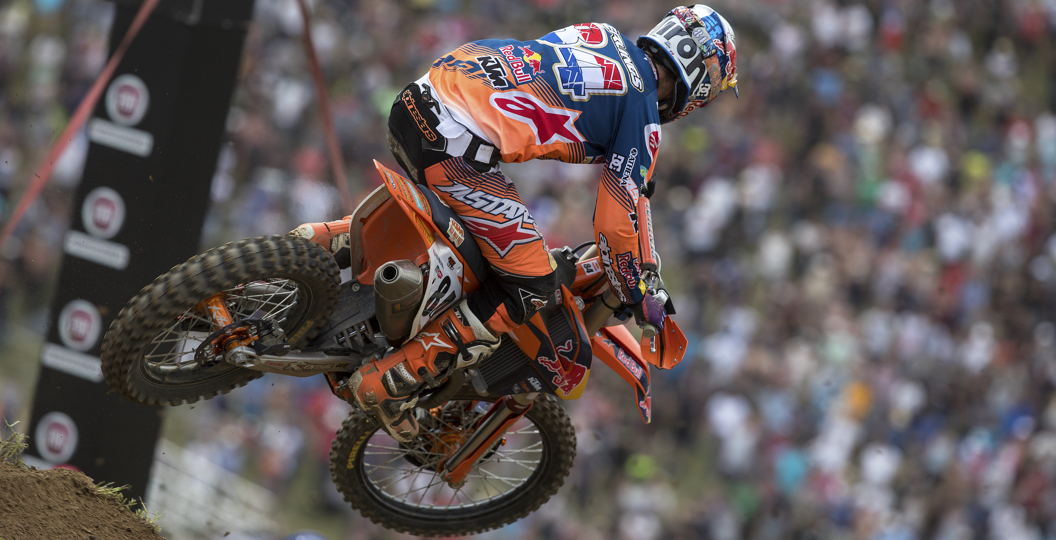 At MX Vice, we chased the stories that unfold in the FIM Motocross World Championship through fifteen different countries this year. Some entertaining podcasts were picked up along the way, just as one would expect, so it seemed only right to run through the six that have been played the most this season. Are you surprised by these results? Join in the discussion on social media (@motocrossvice on Twitter).

Jeffrey Herlings really struggled at the start of the FIM Motocross World Championship, but that is almost irrelevant now. The difficulties that he faced are firmly in the past and, as a matter of fact, he was the winningest rider through the second half of the series. Back to this interview, however, which was conducted in Mexico and is actually my personal favourite. ‘84’ was undoubtedly at his lowest following this round and he did not hold back in our exclusive interview, as he admitted that there are no excuses and the blame should fall on his shoulders. It was an insightful look into the mind of such a great talent.

The Stewart brothers have an unbelievably large fan base, just as this stat proves. Stewart turned up to the first Grand Prix at the Ottobiano facility to spectate and was mobbed by fans as he signed autographs at the Gaerne stand. We managed to pull him away from the chaos for a quick discussion about his first season in the 450SX category and future plans, where plenty of intriguing titbits emerged. This interview is actually still relevant now, funnily enough, as it seems as though Malcolm has made no progress with his plans for next year.

There is actually a funny story that goes along with this podcast. If you listen carefully, you may hear a guy honking his horn and yelling in the background. Well, seeing as the Red Bull KTM team were pulling their awning apart and attempting to pack up, we stood just in front of it and eventually this person in an unmarked fan attempted to drive through. Herlings had his back to the man, who obviously did not realize that he was faced with one of the brightest stars and proceeded to scream and yell. The man even attempted to edge forward and force us to stop the interview. ‘84’ is a professional though and was unfazed whilst discussing his race and the difficulties that he faced at Ottobiano the week before.

A podcast from the USGP had to appear here and, hey, it is Jeffrey Herlings again! Are you noticing a pattern yet? It is quite clear that the Dutchman is one of the most intriguing characters in MXGP and the series is much better with him in it. Anyway, back to this podcast. Herlings was fresh off of his win in Indiana, so the spotlight was really on him, and then he went back-to-back with a victory at WW Motocross Park. Despite the intense temperatures, Herlings took us inside of the truck and sat down for a lengthy chat more than an hour after the chequered flag fell.

It was great to catch Jeffrey Herlings at Valkenswaard, especially after documenting his struggles at the Grand Prix of Leon. Admittedly there were promising signs at the round that sat between those two events, the Grand Prix of Trentino, but Valkenswaard was where we really saw him meet expectations aboard the 450F. It was hardly surprising that everyone wanted to find out what caused the tide to change and Herlings was rather open when talking about that, as per usual.

Max Anstie is undoubtedly one of the greatest riders to speak to in the paddock, as he provides as much insight as he possibly can and offers fans a peek behind the curtain. It is hardly surprising that his interviews are so popular each week. When you combine that fact with the brilliant day that he had at the Motocross of Nations, it is hardly surprising that this podcast landed on the list. It was only published a month ago too! There is a good chance that this one will climb up the list as time rolls on.