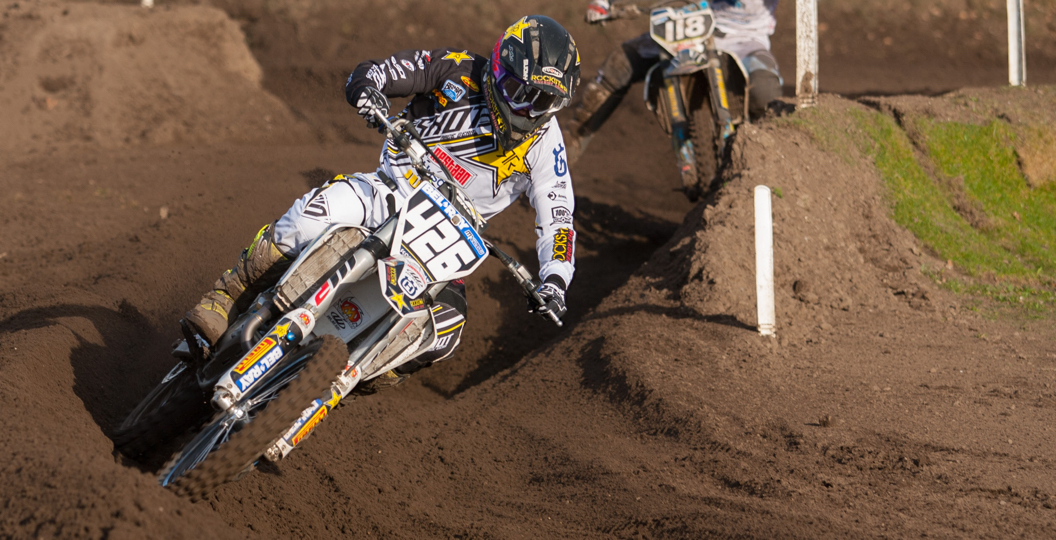 Conrad Mewse may have only just raced a 250F in anger for the first time, which many fans would consider the start of his adult career, but his talent and potential has been recognised worldwide for years. Conrad’s road to the top of the podium on Monday was far from uneventful, as some turbulent years in EMX125 caused the number of believers to fluctuate. Now, however, he is more prominent than ever.

“I came into this weekend and my goal was to be in the top five overall. I’ve achieved that,” said Mewse in a post-race press conference on Monday night that he hopes will be the first of many. Aiming for a top five finish one week after chasing Max Anstie around Lyng for thirty minutes at a time may seem unusual, but the depth in EMX250 shouldn’t be underestimated. Boasting race winners both young and old, the class is a breeding ground for future talent where even the slightest error can put you at a disadvantage.

Mewse proved that he is one of the more refined stars in the class, as he won the two motos in different fashions. In the first he holeshot and sprinted away, then maintained a gap from there, and in the second he had to rebound after dropping back in the early stages. You can really put a lot of weight into that performance in moto two, as charging forward after losing time is a real mental battle.

Confidence is perhaps something that Conrad struggled with whilst chasing the EMX125 crown, so it’ll be interesting to see how he grows as his self-belief rises following this win. “It means a lot to me, the last two years haven’t been so great with my riding and things like that,” he said. “Last year I obviously had two teammates on the 125s and throughout the whole season I was kind of living in their shadow. I didn’t really enjoy that. It is nice to obviously now go up to European 250, make my debut here at Valkenswaard and go 1-1. Yeah, I’m happy with that. Hopefully there are more of these to come in the season and, yeah, keep progressing from here.”

Where does ‘426’ go from here? EMX250 obviously goes on a break now, as the FIM Motocross World Championship heads off for two more flyaway events, so a round of the Dutch Masters is one of the next things on his agenda. That unfortunately clashes with Canada Heights, round two of the Maxxis British Championship, so those hoping to see Conrad in action on home soil again will have to wait. The Rockstar Energy Husqvarna Factory Racing team are unfortunately committed to the Dutch national series.

The months of May and June, which will be extremely busy for all EMX250 contenders, follow that and include the British GP, where Mewse will aim to repeat his performance from last year and actually hold onto the win following the event. What about even later in the year? Well, he has already said he would be open to competing in the odd MX2 event if the team need him to.