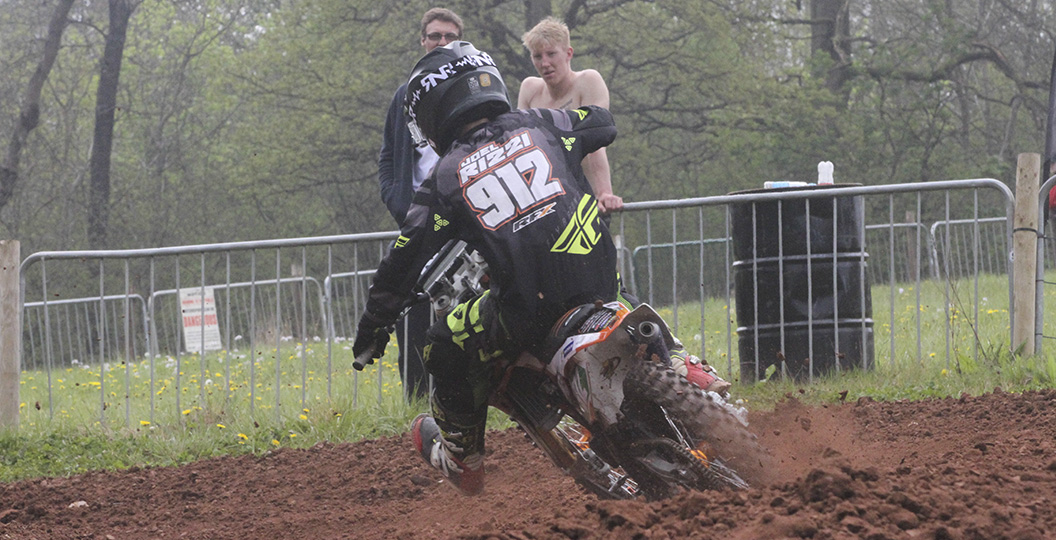 Joel Rizzi is a twelve-year-old rider from Denbigh in Wales. He is currently doing the British Youth Nationals and MX Nationals on a BW85 against kids that are two or three years older than him.

MX Vice: How has this year gone for you?

Joel Rizzi: This year has been a bit mixed really. The British Youth Nationals hasn’t exactly gone to plan. I’ve had some bad luck, which next year I’ll be looking to improve on. I did get the achievement for being the youngest kid to win a BW85 race at the BYN. Currently I have the championship lead at the MX Nationals and I have had an amazing four rounds.

What’s the change been like going from Team Green to RFX KTM?

The change from Team Green to RFX has been really good. I’m used to the KTM now and my results have been a lot better! RFX is going very well and Team Green was an amazing experience.

How have you found it being so young and basically being one of the best in country on an BW85?

It’s pretty cool to be the youngest in the group. Battling with the fourteen or fifteen year olds in my class and winning some of the races.

I didn’t do EMX85 because in my first year of RFX KTM they thought I should try and win the MX Nationals. Next year I can do the EMX 85 and hopefully win that!

You’re friends with Eddie Jaywade, right? Do you look forward to battling with him as you’re good friends?

Yeah, I’m friends with everyone off the track! Just not on the track!

Next year I will be hopefully practicing on a 125, but if I grow enough and fall in love with the 125 I will be riding one very soon!

Would you like to thank anyone for the help over the last twelve months?

RFX KTM and all my sponsors. RMJ academy for all the training. My Mum and Dad for the support and all the effort put into it all!