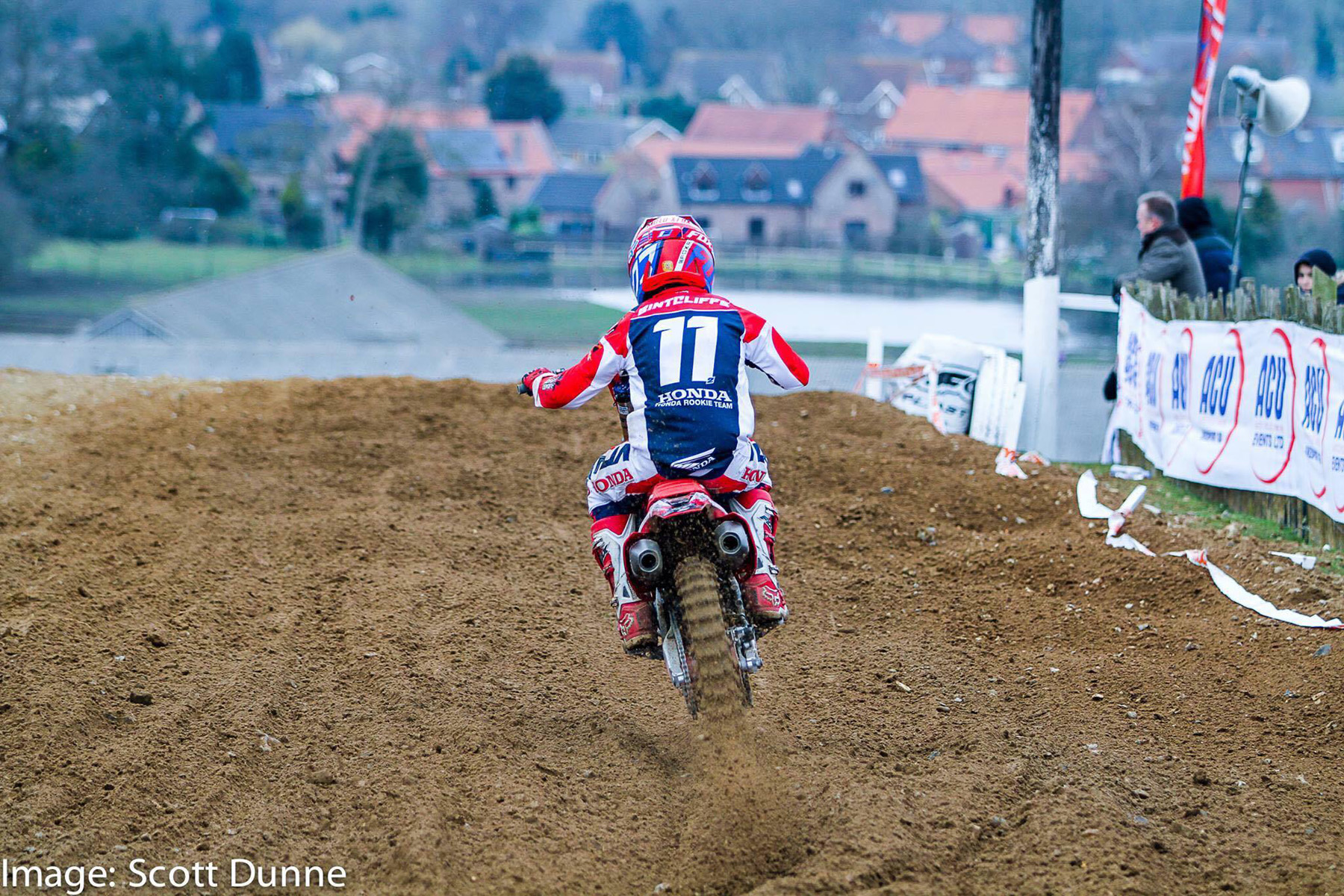 Jack Bintcliffe is a 16-year-old from Yorkshire. He currently lives and trains in Holland but race’s in the UK. Jack is also doing the EMX 125 next year, we caught up with him to see what this year has in store for him!

MX Vice: So what team will you be riding for this year?

What’s it been like moving to a new team?

I’m really looking forward to working with the new team, my team mates and running under a main team awning at the MXGP’s and British Maxxis Championship.

I took to the 125 straight away, and absolutely love riding it, I feel in a good strong position going into this year and have had some great people to train with and advising me.

Hawkstone is in a few weeks, how have you been preparing for it?

I have had some time off with a broken elbow so I haven’t been able to do much riding but I’ve been working really hard on my fitness, I know I won’t need long on the bike to be faster then I was.

What’s the plans for this year?

Is there anyone you’d like to say thank you too?

I would like to say thank you to Dave Thorpe and Honda UK for the past two years for all their support. The new important people supporting me this year, Max Anstie, my manager Jamie Dobb, my new sponsors and continued sponsors from the last two years, and the Hitachi KTM UK team for the opportunity.