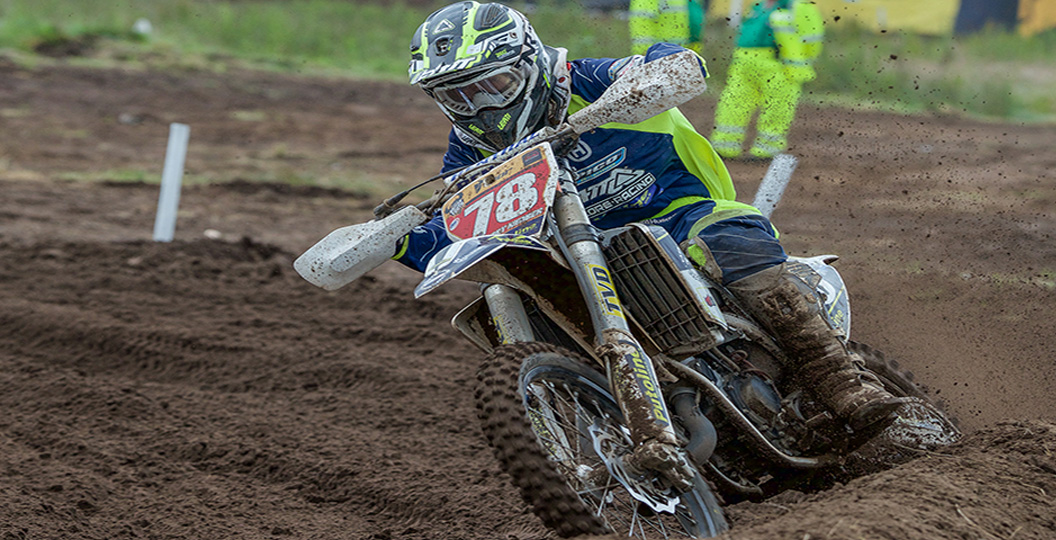 Harry Kimber is sixteen-years old from Somerset and was the BW85 champ in the British Youth Nationals and Arenacross last year, but has now stepped up to a Husqvarna 125. This year he’s been racing the British Youth Nationals and made a huge commitment to race the EMX125 series. We caught up with Harry to see how it’s been going for him in Europe!

MX Vice: Obviously last year you won British Youth Nationals and Arenacross on a BW85 and now you’re on a 125. Are you confident on the bike?

Harry Kimber: Yeah, last year was my best year so far in my career winning the two biggest championships in the UK. It was super cool to defend my Arenacross title. So far this year I’ve been making good progress, but I feel that my height and size are holding me back massively at the moment. I can’t throw the bike around like I did on the 85.

Do you think you’ve struggled this year or are you happy with the progress you’ve made?

I would say I’ve struggled this year, as I got very little winter training in as I was busy with the Arenacross. It was totally worth doing it though. It’s extremely tough to qualify for the EMX125, but I was close to getting through in a reserve spot at Matterly Basin until I crashed. I’m racing against the fastest kids in Europe; all I can do is keep on giving one-hundred percent.

Going from 85 to 125 I’d say is the hardest change for anyone and the biggest step, as the two bikes handle totally different to each other. I think it’s a crucial couple of years as riding the 125 teaches you a lot and really gets you thinking about line choices and carrying your speed everywhere.

Have you got an idea of what your plans are for the future?

To be honest I’ve just been focusing on what’s coming up ahead of me and really haven’t thought about years ahead. Of course I want to make it as far as I possibly can in the sport and make a career out of it, but as most riders know it’s a tough path to go down.

Would you like to do more in the EMX125 class?

It’s been such an unbelievable experience racing loads of different GP tracks all over Europe and I would really love to race the EMX125 class again next year. It’s a massive commitment, as I said, and my family give up a lot for me to be able to race it.

Do you ride much in the week?

I finished school not too long ago, so I couldn’t really ride in the week at all. My exams got in the way a lot. Now I’m really hoping to ride a lot more between the races and make the most of being able to get out and ride in the sun while it lasts.

Harry wanted to give a quick shoutout to all the people that have helped him this year. “I’m extremely thankful to every one that helps me out and supports me they all make it possible for me to race every weekend. Especially Roland Shaw from Hardcore Racing, who gives up a lot of his time to make sure my bike is perfect every time I ride.“