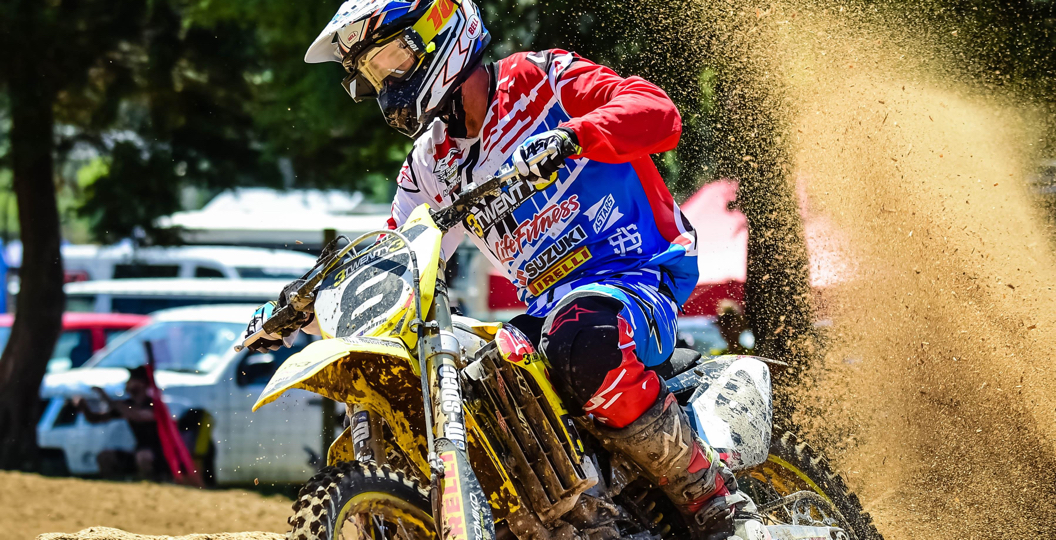 “We certainly showed that riders on the Suzuki RM-Z450 will be title contenders this season,” said MC2 Racing Suzuki Team Manager Andrew Hardisty.

“While we didn’t manage to win the day overall, we did show that we have the potential and capability to win.”

Carter, who won the MX1 class at Summercross last season, was disappointed to miss out on winning the MX1 class by such a slender margin this time around.

He said: “I lost out on winning here on a count-back in 2013 after a last-corner crash and it was a similar story this year. I thought I had the win in the bag in race two today, but then I dropped the bike in the final corner. I picked myself up to salvage third, but those lost points were what cost me in the end.

“Cody and I collided early in the last race and it was his turn to go down. It’s a good thing I think when you see Cody (Cooper) being so aggressive towards me. It means I have him worried. Roll on the Woodville Motocross Grand Prix (at the end of January) and the motocross nationals (starting in February).”

He said: “This was my first ride on the new Suzuki and I loved it. It is my best result at Summercross as a junior and I’m now really looking forward to the rest of the season.”