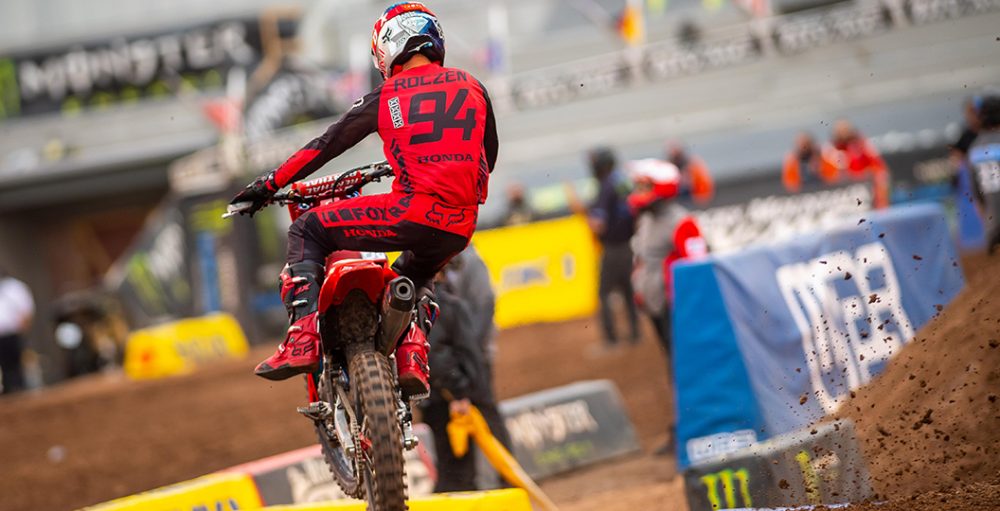 The 2021 Monster Energy Supercross series is rapidly approaching its conclusion now, as the penultimate round in Salt Lake City was run on Saturday night. It was a pivotal night of racing – the 450SX and 250SX East title fights simmered down by a significant amount. Cooper Webb extended his lead over Ken Roczen to 22 points, and Colt Nichols now leads Jo Shimoda by 23 points in 250SX East. It would be a bizarre turn of events if one of those riders does not clinch the crown.

It seemed as though the 450SX duel was actually going to tighten up, heading into the finale, as Roczen led early on and Webb floundered on the cusp of the top five. Roczen fell and gave up a golden opportunity, which Ricky Carmichael analyses in the video below. Carmichael and Daniel Blair also look at Jo Shimoda’s maiden 250SX win and his progress from his rookie term last year to now. There is a lot of information to digest in the video below.