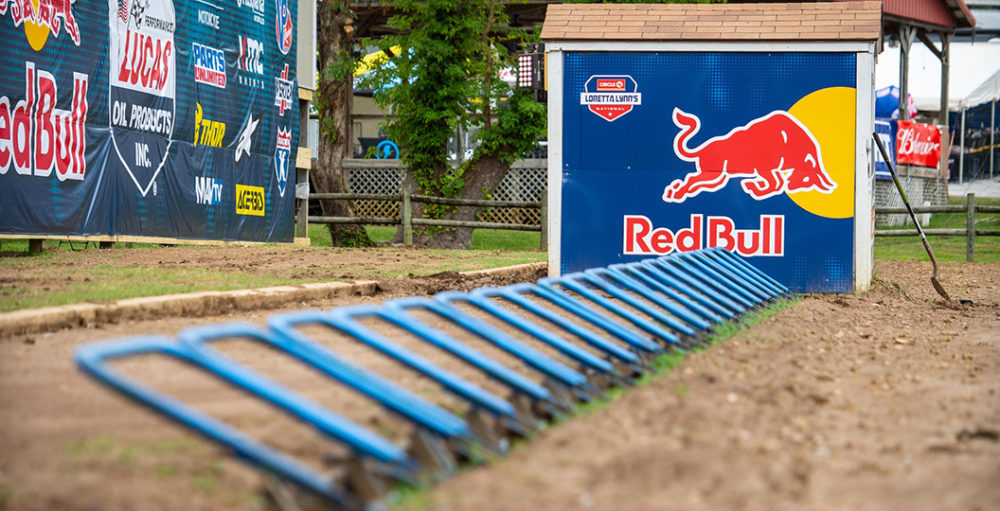 The COVID-19 pandemic is changing things quite rapidly, as MX Sports Pro Racing know. The second round of 2020 Lucas Oil Pro Motocross, set to be held next weekend, has been cancelled and replaced with another race at Loretta Lynn’s. Official communication is below.

MORGANTOWN, W.Va. (August 14, 2020) – With hours before the start of the Lucas Oil Pro Motocross Championship, sanctioned by AMA Pro Racing, series organizers MX Sports Pro Racing have announced the cancelation of the MotoSport.com Washougal National, presented by Peterson CAT, originally scheduled to serve as the second round of the amended 2020 season. Following a meeting between the Race Leadership Team (RLT) and the series’ OEM partners a collective decision was made to move the location of round two, on Saturday, August 22, to Loretta Lynn’s Ranch, the site of this weekend’s season-opening event.

The Washougal National had been previously approved for 2020 at both the local and state level in Washington, based on the COVID-19 Health and Safety Plan that had been submitted by the organizers several months ago to the necessary regulatory agencies. Continuing approval of the event had been reiterated from Clark County, within which Washougal MX Park is located, as recently as this morning, August 14. However, based on newly imposed restrictions within the state of Washington as it relates to COVID-19 infections, the RLT, in consultation with the sport’s OEM partners, have collectively decided that in the best interest of series participants, the event will be canceled.

“The decision by the Race Leadership Team and our OEM partners to cancel the Washougal National is both unexpected and disappointing,” said Roy Janson, Director of Competition at MX Sports Pro Racing in a statement. “The comprehensive Health and Safety Plan, prepared specifically to address COVID-19 issues and related prevention and mitigation efforts, submitted and approved both at the local and state level, provided extensive directives designed to address every concern raised by these officials. The Health and Safety Plan, which is based on state policies currently in place under orders by the governor, is fully compliant with all CDC, state, and county health department guidelines, and provided for pre-admission screening of all pro athletes and their crew members, including non-contact temperature testing prior to being allowed to access the venue.

“Ryan Huffman, the event organizer of the Washougal National, did everything within his power to organize a safe event for both professional and amateur competitors,” added Janson. “We commend him for the extensive efforts and sacrifices made to make the 2020 Washougal National a reality. Unfortunately, as we have become increasingly aware, circumstances surrounding the spread of COVID-19 can change dramatically in a matter of hours. We did not reach this decision lightly and the circumstances are entirely out of Ryan’s control. We look forward to bringing the Lucas Oil Pro Motocross Championship back to Washougal for the 2021 season. In the meantime, out of convenience to our teams and competitors, the logical decision was to return to Loretta Lynn’s Ranch in one week’s time.”

Tickets for round two at Loretta Lynn’s Ranch will go on sale tomorrow and will remain limited to 5,000 spectators. It will be a single-day event featuring professional racing only, with no amateur support competition.