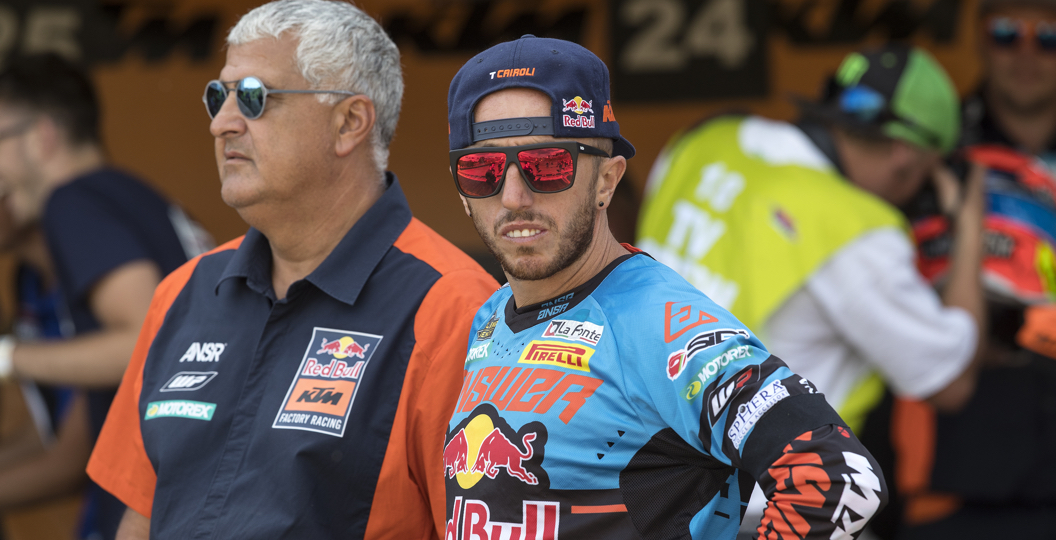 Antonio Cairoli often states that Team Italy will struggle to be competitive at the Motocross of Nations in the future, especially as there are not many riders coming up through the ranks. The FMI have assembled a brilliant team for the event this year, however, and it’ll obviously be led by the eight-time world champion.

Cairoli will fill the MXGP role, just as you would expect, and attempt to replicate his results from last year. Alessandro Lupino (Open) will join him on a 450F with Michele Cervellin in the MX2 division. Those riders have shown flashes of potential at points this season, but struggled to transform that into great results. If everything comes together at Matterley Basin, however, they could easily challenge for a spot on the podium.

Antonio Cairoli echoed those thoughts. “Every year we try to do better and better with our team,” he said. “Now we have some experience and for sure we try to get on the podium.” Team Italy finished fifth last year, just eleven points shy of a spot on the box.