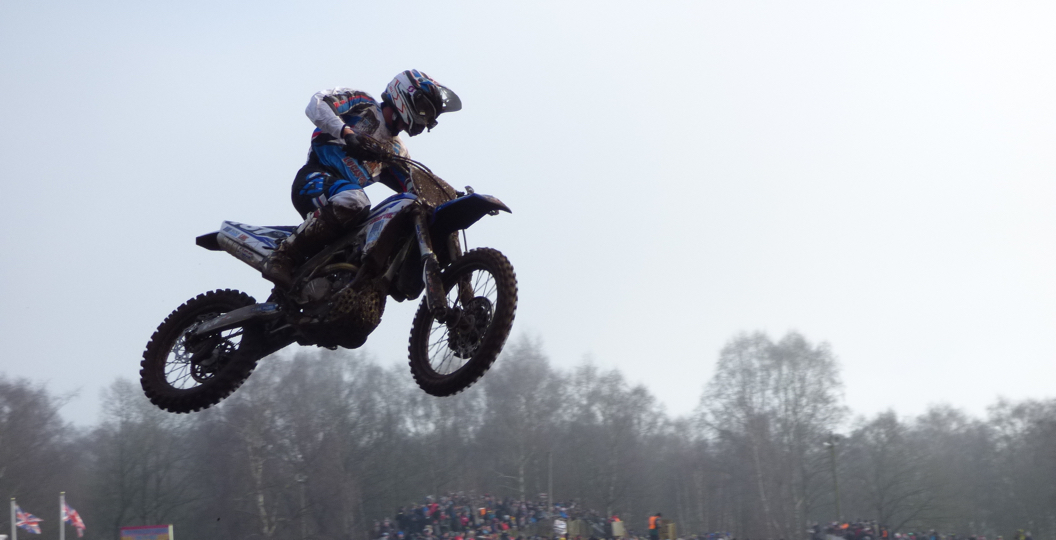 Cab Screens MX had their first big race of the year at Hawkstone Park on Sunday. Both the MX1 and MX2 races had a full line-up and the race was attended by around 15 GP regulars across MX1 and MX2, as well as a host of British Championship riders including our very own Dan Thornhill, George Clarke and Josh Coleman. Dan had a great ride in MX1, especially as the first time he’d been out on the race bike was the day before the race. Race one saw Dan make good progress to seventeenth place, and then capture an even better result of fifteenth in race two for sixteenth overall. George had two poor starts in the MX2 race but showed some great speed and persistence to finish nineteenth in race one and sixteenth in race two, for twentieth overall and a place in the superfinal with Dan. Josh was also competing in MX2 and had a crash on lap one of race one, so then started dead last and made his way up to twenty-fifth. The second race saw Josh break into the top twenty, with a brilliant ride into eighteenth place and twenty-third overall. The superfinal was for the top twenty MX1 and MX2 riders. A crash on lap one for Dan and a damaged bike meant he had to settle for twenty-fifth. George also crashed and had to pull out due to a damaged bike. Overall it was a great day; we learnt a lot and it will help massively in getting us prepared for the British Championship next month. Well done Dan, George and Josh, and thanks to all our sponsors.