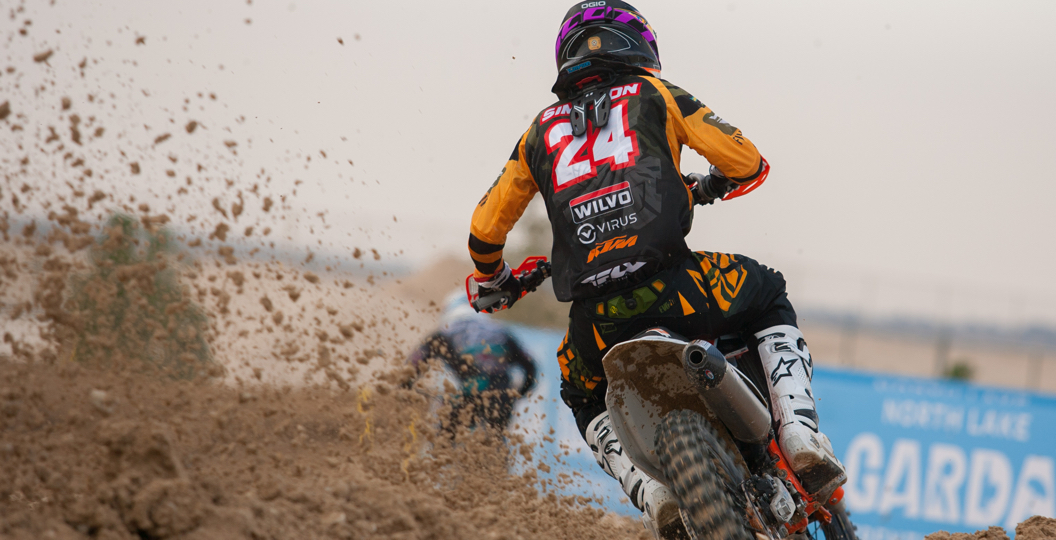 The Buzz: Simpson vs. Searle

Predicting who would win each round of the 2015 Maxxis British Championship wasn’t exactly a difficult task, as Shaun Simpson and Max Anstie reeled off countless wins in MX1 and MX2. Fortunately, the chances of the 2016 series becoming as predictable seem quite low.

We’ll focus on MX1 here or, more specifically, the almost inevitable battle between Simpson and Tommy Searle. Shaun obviously has three British titles in his trophy cabinet now, whereas Searle is chasing his first crown (after coming as close as you can get in 2006 and 2007). That doesn’t matter though, as their recent MXGP results indicate that they are extremely close in speed and ability. In fact, these two are so equal in my mind that I find it almost impossible to pick a favourite.

Shaun could be looked at as a safe bet, considering how he has performed on the domestic scene over the last two years. Just how good has he been? The last time that he finished outside of the top two in a moto was at the final round in 2014 – that is a pretty phenomenal stat. Consistency may be his greatest strength as, for the most part, he tends to avoid incidents and log good results no matter the conditions. However, he has not yet faced competition with the same pedigree as Searle on the domestic scene.

Not to sound like a broken record, but I believe these two are going to be so close in speed that the start will determine the outcome more often than not. Would either rider be able to charge from the edge of the top ten on lap one to hunt down the other? It seems unlikely. Recovering from a mediocre start to take the runner-up spot wouldn’t be much of an issue, but by that point you would presume that the rider who starts ahead would have built up a comfortable advantage.

With that in mind, you could say Searle will be at a disadvantage as starts are his kryptonite. Simpson isn’t exactly known for being a holeshot specialist either, although he has started ahead of Tommy in three of the four MXGP motos that have been run thus far this year. What if they start reasonably close to each other? Who knows, but some surfaces will favour a certain contender.

Simpson has proven to be phenomenal in the sand, so perhaps you could put him down as a slight favourite entering an event like Desertmartin. Searle, I believe, would be the favourite at a venue like Canada Heights, but it would be so close that again the start will be crucial. The battle between these two has the potential to be incredible and could catapult the British series back into the limelight.