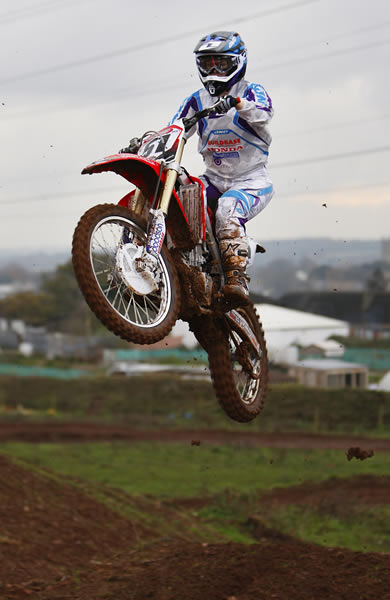 The 2012 UK Girls National was held at the popular Wroxton circuit near Banbury, Oxon this last weekend. The track was heavily watered but soon dried out in the blistering sun.

Held over two days (Saturday and Sunday) this event features six races in each class, with the best five finishes taken to determine the overall winner.

Grand Prix racer Danni Marsh riding her Buildbase Honda 250 grew faster as the weekend developed, taking 3rd, 5th and 5th on Saturday, however, after a disastrous start to Sunday`s racing, resulting in a crash and a disappointing 6th place in race one, Danni holeshot the remaining two races and led from start to the chequered flag.

With two wins to add to her 3/5/5 on Saturday, Danni was rewarded with fourth overall, missing a podium position by only two points.

DANNI MARSH – “I really enjoyed the whole weekend. I like the Wroxton track but it was quite hard to overtake. This worked to my advantage in the final two races as the starts were critical and I holeshot and didn`t look back. I`ve been working hard with the team over the past few weeks and I`m looking forward to building on this result”.