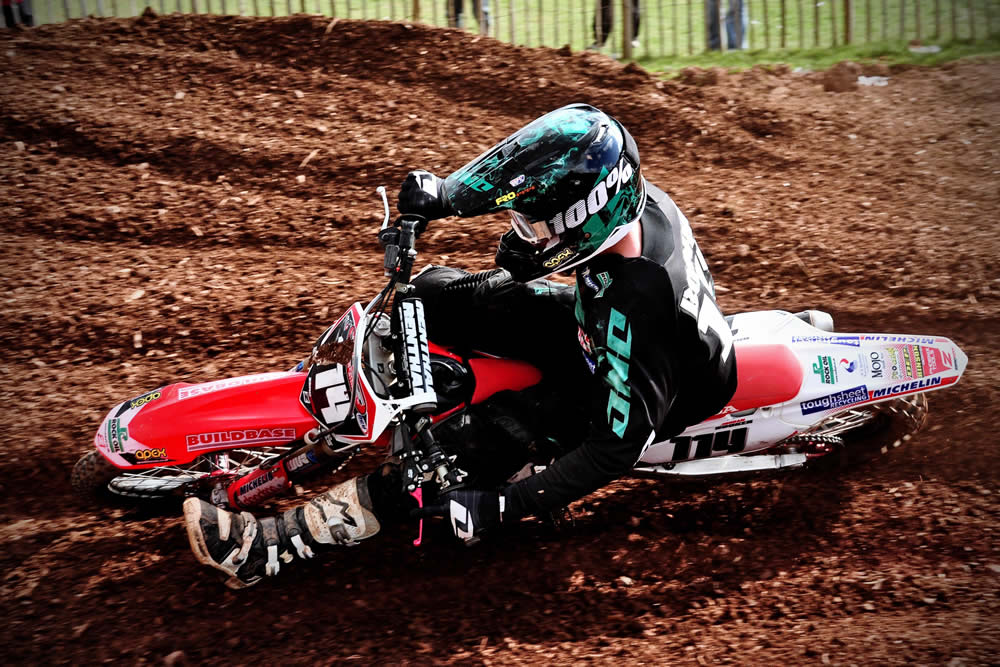 The wet weather continues and the rain once again almost put a stop to the fifth round of the Maxxis British Motocross Championship at Desert Martin, Northern Ireland.

As with previous weeks, a let-up in the weather and a generous helping of wind and sun (or at least no rain) and the track dried to perfection.

Timed qualification was fast and furious as always. Steve Lenoir took Superpole honours with Graeme Irwin second and Nico` Aubin third, all within a second of each other.

MX2 Moto 1, Elliott Banks-Browne hit the front and took the win from Irwin and Lenoir. Aubin finished fifth with Jordan booker a distant 16th after a first lap crash.

Moto 2 was a repeat battle between the first race leading trio. This time, Pocock snatched the victory with Banks-Browne second and Lenoir third. Aubin took seventh place after hole-shotting and his Buildbase Honda team-mate Jordan Booker followed him home in Eighth.

Moto 3 was set to be a thriller, with several riders in contention for the overall win. At the flag it was Pocock who took the gold, with Bryan MacKenzie second and consistent finishing Steve Lenoir in third. Aubin once again managed seventh place.

NICOLAS AUBIN – “I never really got going all day, the bike was great and after a pretty good effort in Superpole, I thought I was in with a chance but it didn`t really work out”.

Our next race is the Red Bull Pro National event at Canada Heights on 7th and 8th of July.