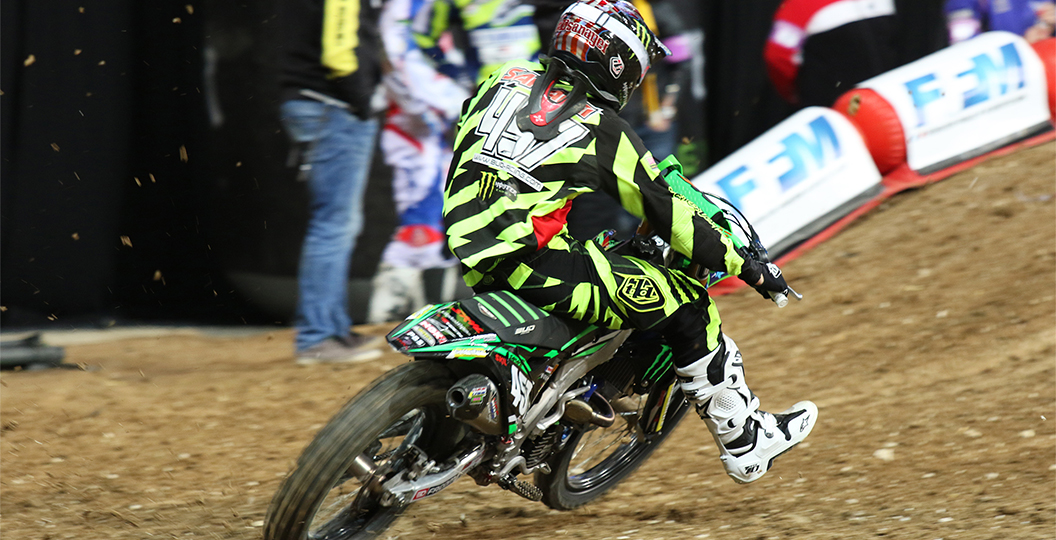 Team Bud Racing Monster Energy Kawasaki will again have a strong program for next season; no less than seven riders will represent the team and its partners in 2016, participating in a wealth of series in both Europe and the United States.

Having won the French Motocross Championships in all three classes in 2015 with Xavier Boog (MX1), Maxime Desprey (MX2) and Brian Moreau (young hopefuls), Bud Racing Monster Energy will again have a huge programme in France with five riders. The three French champions, with Desprey joining Boog in MX1 and Moreau advancing to the 125cc series, will again contest the French series together with Nicolas Dercourt in MX2 and a newcomer, Thibault Benistant who will be the 85cc rider in France. Both Thibault and Spaniard David Braceras aim to follow in the footsteps of Musquin, Ferrandis and Moreau, each of whom won this class with Bud Racing Kawasaki.

The other great news is the US programme of Team Bud Racing Monster Energy Kawasaki, as two riders will enter the 250 West Coast Supercross series: young American Darian Sanayei joins the team alongside Maxime Desprey, and later in the year he will contest the European 250 Championship. Last summer Darian already won one moto of this series in Great Britain, the only round he contested; the American kid will race all the rounds alongside Nicolas Dercourt, the French youngster who is currently recovering from his knee injury.

With seven riders involved in ten different championships, the team will face a busy year, and the team welcomes two new members of staff: Thierry Van Den Bosch (former MX rider and multiple Supermoto World Champion) and Supercross legend David Vuillemin are the new trainers on each continent as Jacky Vimond takes on a fresh challenge.

Stéphane Dasse: “The season will start very early for us in the USA, with two young riders: Maxime who was already with us since this year, and Darian who joins us recently. It’s a new and exciting programme; we’ll be behind them 100% to get the best possible results. Then we’ll enter the European programme with David and Thibault in the 85 class, Brian in the 125, Nicolas and Darian in the 250, and also the French series with both Xavier and Maxime on the KX450F Kawasaki.

“We have to follow many riders, but we love our sport and the challenge and we’re lucky to have the backing of such strong partners in Kawasaki Europe, Kawasaki USA and Monster Energy. We never give up, and thanks to all our partners who confirmed their support in September to build this programme; we have a strong technical staff, and we’re pleased to welcome Thierry Van Den Bosch and David Vuillemin as trainers. We have known each other for a long time, and both are already working with the riders as it’s during wintertime that you prepare your season. There’s already a very good cooperation between the staff and the riders, so we’re confident and optimistic for the coming season.”